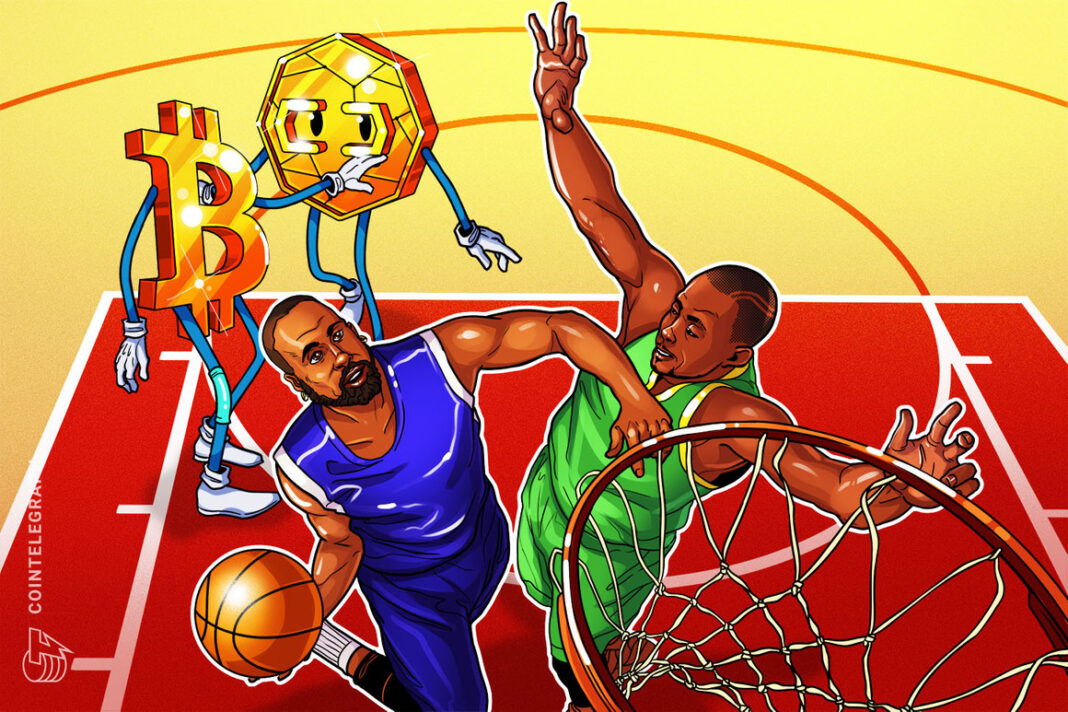 After suffering significant losses due to issues stemming from the COVID-19 pandemic, the sports industry has turned to crypto to recoup its losses and help fans stay connected with clubs in today’s socially-distanced world.

Over the past 18 months, countless deals and sponsorships have been reported between Web3 projects and sports teams, and if things go as planned, this might be just the tip of the iceberg for these two industries.

With the prices of Bitcoin and memecoins like Dogecoin (DOGE) and Shiba Inu (SHIB) exploding, projects are starting to realize the importance of a loyal community and are making all the necessary moves to build and sustain a devoted fan base — something sports teams have had figured out for some time now.

Crypto.com and Coinbase spent $6.5 million on 30-second ad spots during this year’s Super Bowl. One sports analytics firm even claims that crypto deals in the sports world are expected to cross $5 billion in revenue by 2026.

When the word “crypto” is used in sports, it doesn’t just refer to regular cryptocurrencies but also to nonfungible tokens (NFTs) and fan tokens, which athletes and clubs create to increase fan engagement. These tokens allow holders to gain exclusive benefits such as voting on the song to be played at the stadium before a match begins.

Besides fan tokens, the sports betting landscape is also getting much attention from the blockchain industry. With crypto sports betting, people can bet on the outcomes of sports events or league rankings, paid out in cryptocurrencies such as Bitcoin (BTC), Ether (ETH) and Litecoin (LTC). While this might not sound revolutionary, it has a significant impact on cryptocurrency adoption.

Crypto sports betting allows for a safer betting experience for sports fans so that sportsbooks can enjoy enhanced security, something that traditional betting methods failed to provide. Moreover, since cryptocurrencies can be accepted virtually everywhere, people from across the globe can participate.

NFTs have proven quite a lucrative investment in the world of sports. NBA star LeBron James sold a video of himself performing a reverse-windmill dunk for over $100,000 as an NFT, and that’s far from the only example of athletes cashing in on the NFT hype. There’s even an entirely separate marketplace for it.

NBA TopShot is an NFT platform that lets people “own basketball’s greatest moments” as NFTs, and in less than a year, the platform has earned over $700 million in sales. Additionally, various sports teams have also released their own NFT collections, with San Francisco NBA team Golden State Warriors being the first.

The trend of paying athletes’ salaries in crypto, all or in part, became much more prevalent after the total token market cap crossed $3 trillion in 2021. The NFL’s Odell Beckham Jr. was one of the first players who agreed to take his $750,000 salary in Bitcoin. A potentially significant reason for players accepting these deals is the rising inflation rate of the United States dollar, which effectively decreases the value of their paycheck over time.

Saquon Barkley, another athlete who said he’d be taking all endorsements in Bitcoin, spoke to Best Business Show host Anthony Pompliano, explaining his decision. “You see inflation, you see how high it is right now and you learn that you can’t save yourself to wealth. That’s why I’m going to be taking my marketing money in Bitcoin.”

Here are some other athletes getting paid in crypto:

While playing for the Carolina Panthers in 2019, Okung demanded he is paid in Bitcoin. Shortly afterward, he became one of the first-ever athletes in major American sports to be paid in cryptocurrency. He converted his $13 million salary into BTC via the crypto wallet Zap. Bitcoin’s price was around $27,000 when Okung converted his salary.

After signing a contract with Jacksonville Jaguars, 21-year-old Trevor Lawrence converted his signing bonus into cryptocurrency. Lawrence will be paid via the cryptocurrency app Blockfolio in Bitcoin, Ether and Solana (SOL). The deal’s terms haven’t been publicly revealed, but his bonuses are estimated to be worth around $24 million.

Aaron Rodgers, Green Bay Packers quarterback, announced on Twitter last year in November that he would be taking part of his salary in Bitcoin, partnering with mobile payments platform Cash App. At the time, Rodgers’ contract was paying him an annual salary of $33.5 million. Along with the announcement, Rodgers also mentioned that he “believes in Bitcoin” and that “the future is bright.”

Kansas City Chiefs tight end Sean Culkin is taking his $920,000 salary in Bitcoin through the Strike cryptocurrency app. He released a statement saying, “Considering my career — particularly its physical demands and brevity — it makes the most logical sense to be paid in sound money that I believe protects its purchasing power over time.”

Los Angeles Angels baseball superstar Shohei Ohtani took a stake in the cryptocurrency exchange FTX and will be working as a global ambassador for the company, receiving his compensation for the partnership entirely in crypto. For his contribution to the company, FTX has dubbed him “The Great Cryptohtani.”

NBA rising star Cade Cunningham signed a multi-year deal with cryptocurrency platform BlockFi in 2021. As part of the deal, Cunningham will collaborate with BlockFi to produce educational videos while participating in promotional giveaways and exclusive interviews. Cunningham has an annual salary of around $10 million, but it’s unclear how much he’ll be getting paid in crypto through his partnership with BlockFi.

NBA star Andre Iguodala took to Twitter earlier this year to announce that he’d be taking part of his salary in Bitcoin. The Golden State Warriors player partnered with Cash App to convert his salary into cryptocurrency, and he even said he’d be giving away $1 million worth of Bitcoin to his fans.

I’m excited to announce I’m taking part of my salary in BITCOIN w. Cash App! Bitcoin is the future, @klaythompson and I are both believers. To make bitcoin more accessible, we’re giving out $1M in bitcoin back to fans today. Drop your $cashtag w. #PaidInBitcoin & follow @CashApp

As Web3 marches on through its ideation phase, we should continue to see crypto payment methods evolve. People value safety, speed and control, above all else, and crypto provides all three. This could explain why the demand for getting paid in crypto is growing, especially among the wealthy young.

Polygon and others extend helping hand to Terra blockchain projects