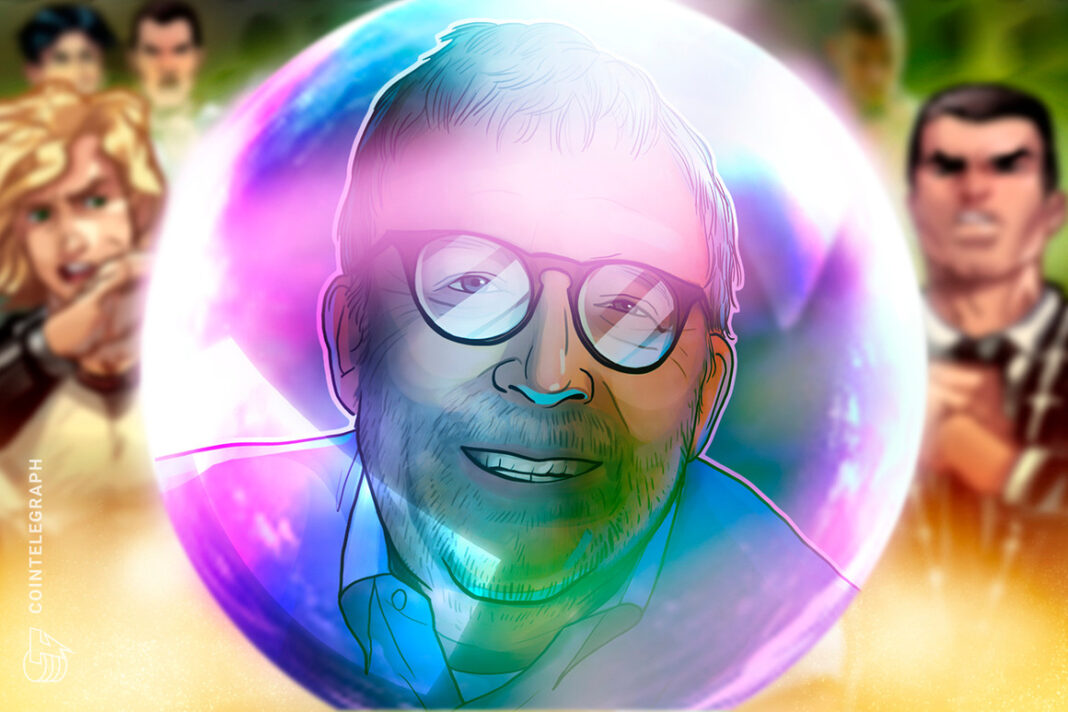 Bitcoin (BTC) and its stock market correlation are under fresh scrutiny amid a warning that the Dotcom Bubble is repeating itself in 2022.

In a tweet on April 22, popular trader Peter Brandt highlighted similarities between the Nasdaq 100 (NDX) now and twenty years ago.

“Deja vu all over again”

Bitcoin has shown itself to be highly correlated to U.S. equities this year. In particular, BTC/USD recently became attached to the NDX, which has not passed by some of the industry’s best-known names.

As stocks themselves come under pressure from central bank inflation-beating policies, concerns are mounting that the immediate future is anything but rosy for crypto.

Brandt, who himself gained attention for predicting some of Bitcoin’s historical price bottoms, now believes that the Nasdaq itself is echoing its performance from the year 2000 — the height of the dotcom crash.

Calling it “deja vu all over again,” he uploaded a chart showing the structural similarities.

Data from Cointelegraph Markets Pro and TradingView meanwhile shows just how in step Bitcoin and the NDX are this year.

As Cointelegraph noted, April 21’s stock sell-off had an immediate knock-on effect on Bitcoin, which briefly dipped below $40,000 and continued to threaten a breakdown on April 22’s Wall Street open.

Less than a year to run?

Zooming out, however, and not everyone believes Bitcoin’s correlated fate will last for long.

William Clemente, lead insights analyst at mining firm Blockware, specifically gave their relationship less than a year to play out.

“Going to go on the record and say that I think we see a decorrelation between Bitcoin and stocks in the next 12 months once this transfer of supply is complete,” he declared.

“If/when this occurs, it would be quite reflexive and powerful.”

Clemente was referring to what he sees as the transfer of BTC “from correlation trading traditional finance entities to crypto natives, high net worth individuals and forward-looking institutions.”

“This boring sideways range is an equilibrium of this transfer IMO,” he added in a tweet from April 18.