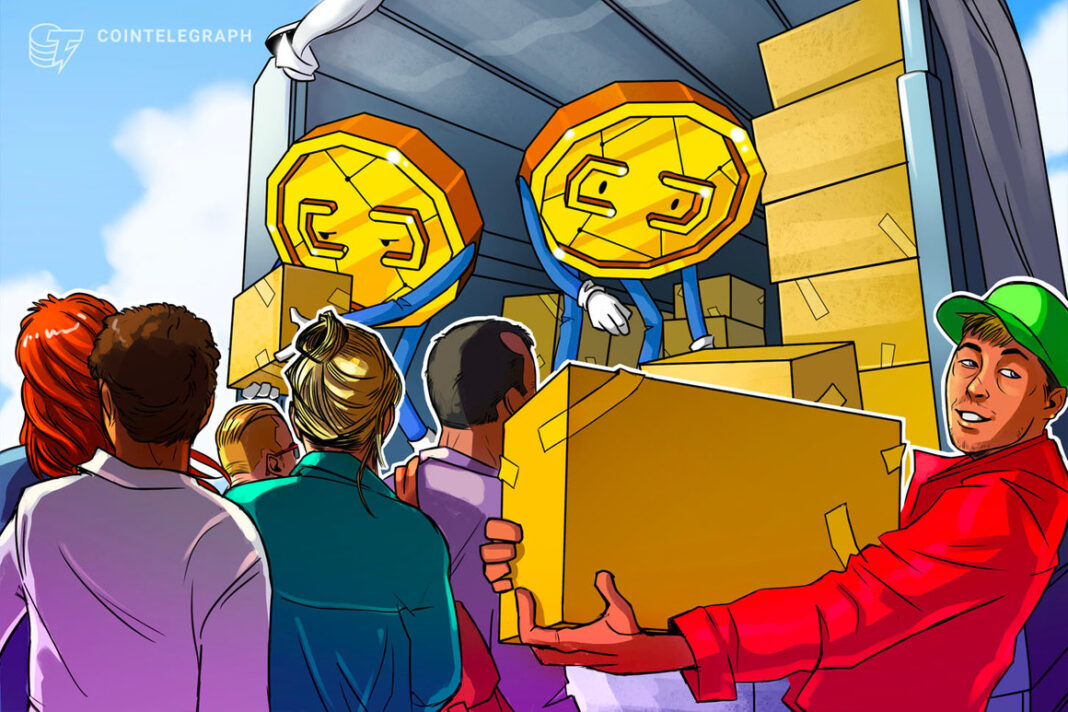 Reli3f, a humanitarian initiative birthed upon the innate artistic commitment to narrate stories in times of hardship, launched its second nonfungible token (NFT) collection on Thursday, raising over $300,000 for recognized Ukrainian charities and taking their total to over $1.5 million.

The team chose to distribute the first collection’s fund across a range of enterprises including 46.25 Ether (ETH) each to Razom for Ukraine, Serhiy Prytula Foundation, Valery Sozanovsky Headquarters, and CEO Club — as evidenced by the Gnosis multisignature wallet. An additional 40 ETH was also equally gifted to Outright Action International and Web3 For Africans in Ukraine via the royalties fund.

Reveling from the momentum and cultural advocacy of their inaugural collection — which included the likes of renowned artist fvckrender, co-founder of Cool Cats, Clon and creator of Creature World, Danny Cole — the team reiterated their dedication to supporting the cause with the release of a second series.

Drop 2 featured Reli3f team member Aleksandra Artamonovskaja, alongside the creator of the Coolman Universe, Danny Casale and music icon Sia under her alias Bianca ’de Medici, among many others.

We are so excited to announce our roster of 23 incredible artists from around the world who are joining us to raise money for humanitarian efforts for Ukraine!

According to Sethi, only five of the thirty-seven artists featured in the debut collection opted to retain their revenue royalties and, in those cases, solely to transfer funds to their loved ones in Ukraine or to elevate personal circumstances.

All other funds were redistributed back into the charitable treasury, a trend that was replicated in the second collection.

Drop 2 showcased a multitude of artistic disciplines from a generative algorithmic piece based upon the artist’s unique hash seed as in Gavin Li’s ‘Motherland,’ a defiantly symbolic photograph depicting a righteous protester during the Maidan Revolution in Ukraine in February 2014 in Den Didenko’s “Ray of freedom out of darkness,” through to a visually playful, thematically intricate wimmelbilderbuch as seen in Sergius’ “Revelation.”

Cointelegraph’s tech reporter Tom Farren spoke to Aleksandra Artamonovskaja, Satvik Sethi and Andrew Wang to understand more about the initial origins of the project, the receptiveness of artists to participate, and the future of Reli3f amid operationally agile models for the decentralized autonomous organization (DAOs).

This Zoom interview has been slightly adjusted for clarity and condensed to suit reading constraints.

“What’s interesting about this drop is that there are a lot of artists that haven’t minted works before or don’t consider themselves traditional NFT artists. We tried to be really balanced and not just take famous people, but people who are from different regions and have different life stories,” said Artamonovskaja

Recognizing the occurrence of gas wars in Drop 1, the team agreed to alter the mechanics for Drop 2, deploying a blind-mint open edition whereby all interested parties had the opportunity to purchase as many as desired within a fifteen-min time period for a price of 0.05 ETH.

In total, Drop 2 raised 86 ETH, equivalent to $260,000, during the minting period and has since traded an additional 21 ETH on OpenSea at the time of writing.

Artamonovskaja: “I was in Ukraine between mid-January to mid-February and was feeling a bit depressed because reading the news and seeing the stuff people were writing would kind of scare you. And, then I remember that one moment my dad came home and gifted me this set of pastels and black paper. I’ve minted photography before and done some glitch art, but I haven’t really drawn with pastels since middle school.”

“One day, I was feeling sad, so I started drawing. I shared my art on Instagram, and one of the collectors that follow me said that if you mint this, I’ll buy it. I was like what, really?” Those two pieces subsequently sold for 0.25 ETH each on OpenSea.

Her piece for Reli3f’s Drop 2, titled “Alba Dreaming of Home,” was dually inspired by a stencil mural of a dog in her home city and Banksy’s infamous “Balloon Girl” and sought to capture the sorrow of displacement and lack of belonging through the eyes of a domestic companion so integral to the lives of many modern families.

Alba Dreaming of Home My piece for @reli3fxyz, part of the pastel portraits series (https://t.co/pg3wtY5Zb9)

Thank you to the 69 collectors pic.twitter.com/IgvzDdpzpR

Speaking from personal experience as a Ukrainian citizen, Artamonovskaja stated that “without having momentum, it can end up being a war that is stuck on our territory and just becomes a norm. We just want this to end, so people can go home and start rebuilding.”

Sharing some insights on the accomplishments of the first drop, Sethi revealed that they had “tons of artists that were reaching out to us saying ‘why didn’t you ask us to be a part of this, and we’d love to help,’” after witnessing the viral exposure.

Sethi also detailed that Drop 2 has been “a month in the making” and that “we didn’t give ourselves a time constraint” like this first collection but to allow the process of creation to occur organically.

The blossoming of Web3 digital communities, originally on Clubhouse and now predominately on Twitter, has empowered what Wang refers to as the “power of network effects” to occur. In other words, the easily-accessible and rapidly-scalable capacity for influencers and luminaries to catalyze social and cultural innovation within the space.

“I think what made Reli3f interesting to a lot of people was that it wasn’t just a use case for freedom to transact via crypto or even a use case for using art to donate, but a use case for how the community can be called upon, almost at a moment’s notice, to act,” said Wang

Related: The DAO is a major concept for 2022 and will disrupt many industries

Specifying the principles of both investment and social DAOs, Wang shared an insightful perspective that DAOs “don’t have to exist forever, or for the long-term,” continuing to say that “sometimes, DAOs can be really effective at putting out a use case or doing something toward a specific goal at a specific moment in time, and then afterward either disband or slow things down until they are needed again.”

He cited Constitution DAO as a prime example of an initiative founded solely to purchase the United States constitution. Although unsuccessful in their first endeavor, they could utilize the oscillating nature of their model to reform if and when required.

With that ideology in mind, he concluded the conversation by saying, “I think Reli3f can help build the future, but it doesn’t have to be the future.”

Stablecoin supplies and cash reserves in question amid crypto exodus