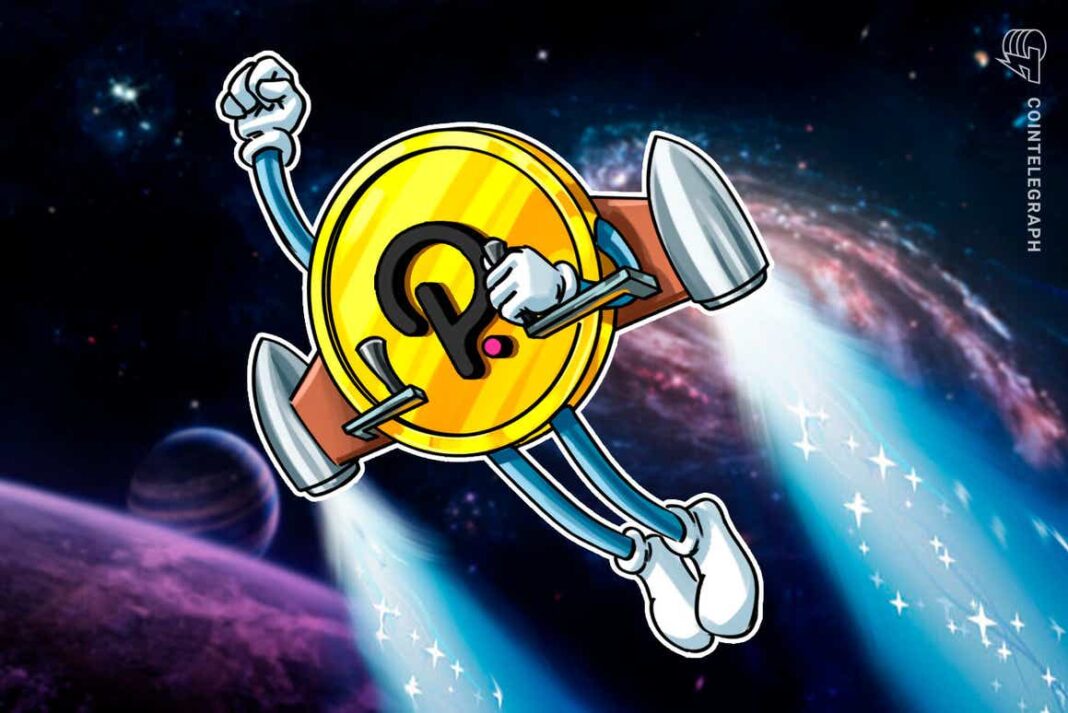 Polkadot’s native DOT token looks poised to rally toward $100 in the coming sessions as it triggers a classic bullish reversal setup.

Dubbed “inverse head and shoulders” (IH&S), the technical structure appears when an instrument forms three troughs in a row, with the middle one — called the head — being the lowest and the other two — known as the right and left shoulders — of almost equal heights.

Meanwhile, the level at which all the troughs top out represents the “neckline.”

So, it appears DOT has been forming an IH&S ever since its price correction from the $43–$49 price range (neckline), as shown in the chart below. On Nov. 1, the Polkadot token broke above the area and continued rallying the next day to bring its month-to-date returns to almost 25% while bumping its record high to $53.35.

The price jump accompanied an increase in trading volumes, showing that traders supported the move above the IH&S neckline. As a result, DOT’s prospects of rising by as much as the maximum distance between its IH&S’s head and neckline (around $39) improved.

As a result, DOT’s profit target out of its IH&S setup comes out to be near $90, with possibilities of extended rallies toward $100, a psychological resistance level.

DOT’s latest price rally came as traders’ focus shifted to its highly anticipated parachain auctions on or around Nov. 11.

The Polkadot team announced on Nov. 1 that its council passed the motion that enables parachain registrations and crowdloans beginning Nov. 4, adding that the proposal now awaits a go-ahead via a public referendum.

The motion to enable parachain registration and crowdloans has passed Polkadot’s council and gone to a public referendum. If passed, parachain teams will be able to register their parachain and open their crowdloan on Nov. 4, 2021 at approx. 19:15 CET. https://t.co/5ouDWBmnvc

In detail, crowdloans enable rivaling projects to raise capital via DOT to bootstrap their parachain auctions.

Those who support the projects lock their DOT into a sponsored account for a predefined period. In return, they receive rewards in the form of air-dropped tokens from the project competing for the parachain slot.

In June, Polkadot’s test-net chain, dubbed Kusama, conducted a similar parachain slot auction. The protocol ended up proving the effectiveness of the crowdloan mechanism, as users contributed more than 1.11 million KSM across the five parachain auctions.

That represented over 10% of the total KSM supply locked.

KSM’s price rallied in the days leading up to the auction in June. It peaked out on May 16 at around $645 and then dropped over 78% to $138.50 two months later. The sell-off also surfaced amid an overall crypto market decline, led by China’s full-fledged ban on crypto activities.

Hence, it appears DOT has also been undergoing a so-called “buy-the-rumor” price rally as traders bet higher on the parachain auction event. But in the absence of a China-like event, the cryptocurrency looks to be pursuing the IH&S setup mentioned above.

The views and opinions expressed here are solely those of the author and do not necessarily reflect the views of Cointelegraph. Every investment and trading move involves risk, and you should conduct your own research when making a decision.

WisdomTree launches four cryptocurrency indices in US and Europe