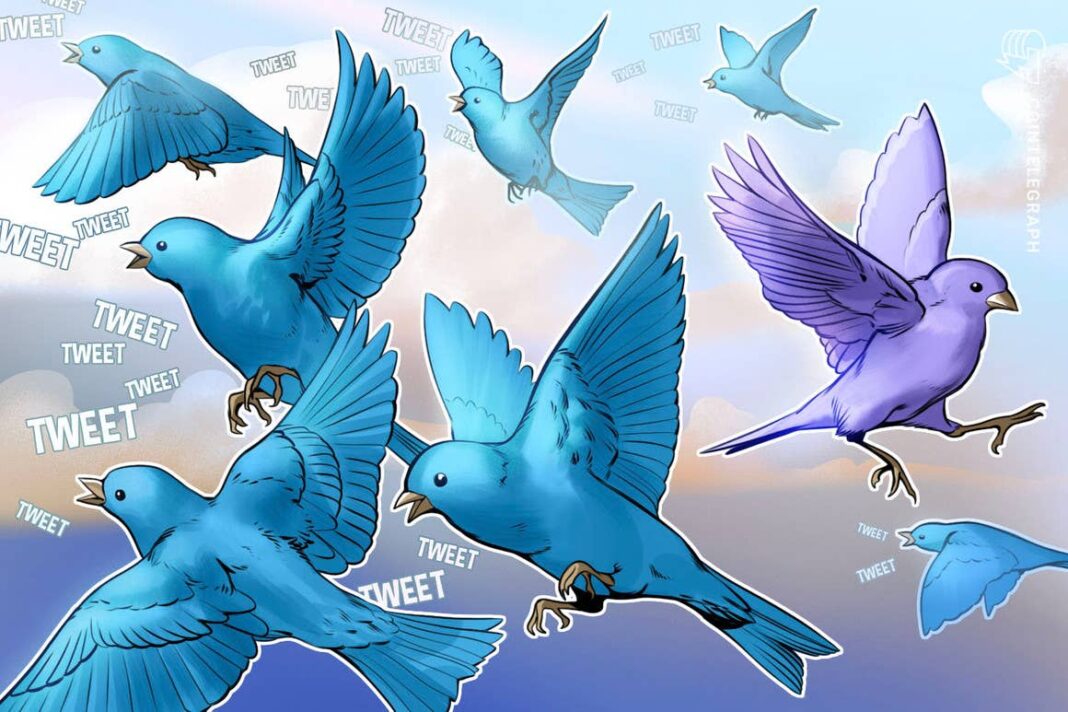 Twitter user Lauren Walker tweeted a message claiming she was “stealing” nonfungible tokens, only to have crypto-Twitter turn around and mint her words into a token listing for thousands of dollars.

In an Oct. 2 post on Twitter, Walker mockingly said her current collection of nonfungible tokens, or NFTs, was valued at more than $8 trillion given that she claimed she has right-clicked on the images and saved them to her drive. The message ignores the verifiable scarcity underpinning tokenizing images and artwork, but Walker said she had “a real job” and dismissed criticism from the community.

i have stolen over 4 terabytes of NFTs via the little known hacker technique known as “right click -> save as”. my collection has a net estimated value of over 8 trillion dollars

In response, at least two crypto users have taken screenshots of Walker’s message and replies, minted them as NFTs, and listed them for auction on the OpenSea marketplace. Bidding for one from user CaptainFantastic under the name “have fun staying poor” is currently up to 1.5 Ether (ETH), or roughly $5,100 at the time of publication. Another from user Clown World NFT has yet to receive any bids.

The thrust of Walker’s argument is seemingly understandable to someone without a working knowledge of NFTs, in that tokenizing the image makes it unique and essentially gives it value for someone willing to assign it value in a way an ordinary JPG or GIF never can. Last month, a YouTuber traded a fully functional Tesla Roadster for a single NFT estimated to be worth $100,000. Digital artist Mike Winkelmann, also known as Beeple, famously sold one of his pieces as an NFT for $69 million in March.

“I get so pumped by these type of reactions,” said Twitter user travellintoddy in response to Walker’s tweet. “It shows that the NFT community are so early. It’s like piling on social media in 2003 because why wouldn’t you just go see your friends rather than online.”’

Others including user Sergey Pshenichkin compared Walker’s argument to the fine art world:

“This is basically the same as making a joke that you stole the Mona Lisa by taking a photograph of it.”

Though there is certainly money to be made in the NFT market, it is seemingly subject to the same type of volatility seen in cryptocurrency prices. Data from Dune Analytics shows the daily OpenSea trading volume was more than 34,070 ETH on Oct. 3, and mainstream companies including Visa have even invested in NFT collectibles like CryptoPunks.

Why now? SEC took eight years to authorize a Bitcoin ETF in the US

Crypto investments a financial back up for Facebook whistleblower