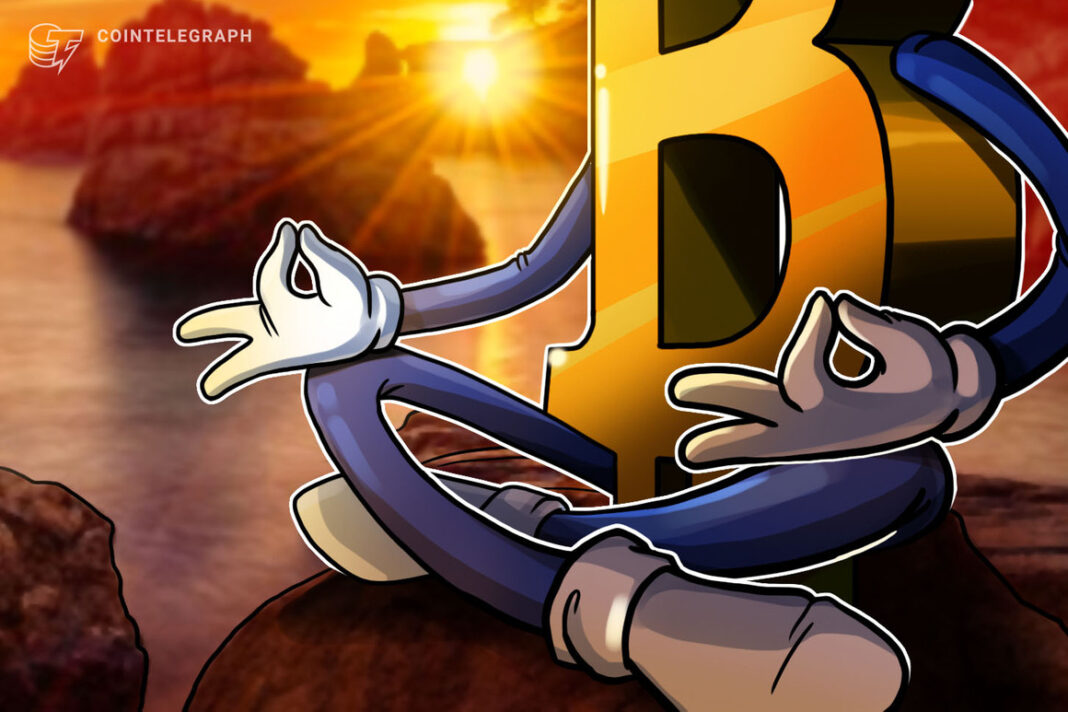 Bitcoin (BTC) will not move much after Grayscale’s giant 16,000-BTC unlocking date, after all, said crypto trading firm QCP Capital.

In its latest market update released on Wednesday, analysts downplayed the popular theory that the Grayscale Bitcoin Trust (GBTC) will cause BTC’s price volatility in the coming weeks.

No “significant impact” expected from GBTC

As Cointelegraph reported, the GBTC is due to release, or “unlock,” a large amount of BTC after a six-month lock-up period.

A frequent event, the size of the unlockings set for this month has nonetheless led to concerns that market volatility will increase, hindering a potential recovery.

On July 18, for example, the largest unlocking date, 16,240 BTC will become available, currently equal to $530 million.

For QCP, however, there is little reason to be concerned.

“The upcoming unlocks are for institutional holders who subscribed directly to GBTC 6 months ago — and this batch consists of all the new Q1/2021 positions, largely ARK’s last tranche,” it explained.

“To state clearly — We don’t expect these unlocks on [their] own to have significant impact on the overall market outside of GBTC itself. Most of the large institutional positions who had subscribed in-kind before have already been unlocked earlier, and they have held off selling at the current discounted price.”

Currently, even GBTC unlocking events are due to have all but disappeared by mid-August, reducing the likelihood of selling pressure further.

Causing a headache for QCP, however, is the possibility of a larger Bitcoin sell-off event at the end of the year.

In line with historical precedent, the end of Q4 could see a classic blow-off top scenario that will follow a recovery and run-up from current levels.

“Right now our trading plan follows the 2018 BTC Analog — where we expect a dampened trading environment from here to Aug (short vol), followed by a rally possibly on the back of the EIP-1559 mainnet implementation (long spot, long calls), and then the larger Q4 Wave 5 selloff on the Fed’s taper (sell spot, buy downside risk reversals),” they continued.

How high BTC/USD gets in the meantime, meanwhile, is a matter of fierce debate. Among the most bullish tried-and-tested models is stock-to-flow, the creator of which, PlanB, has said that a $135,000 price in December is a “worst-case scenario.”

SEC Commissioner concerned about the US lagging behind global Bitcoin ETFs