Live Crypto
Home Litecoin Here’s a live update of the biggest movers and shakers of Day... 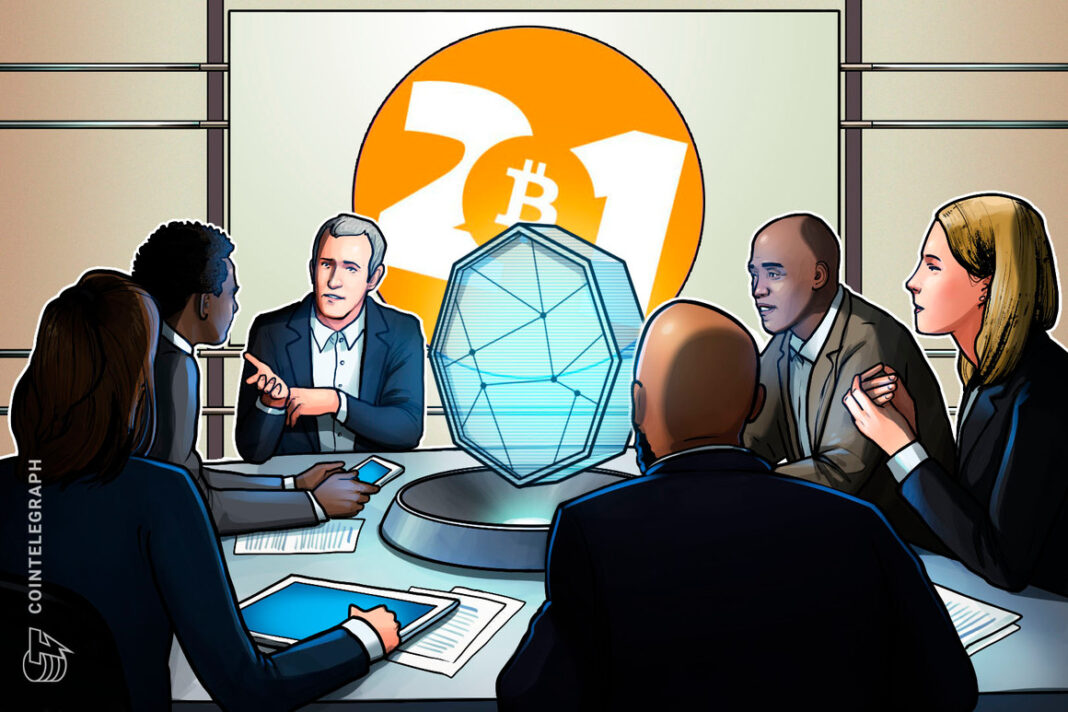 Some of crypto’s most influential people headlined the second day of Bitcoin 2021 Miami, offering words of wisdom about the future of decentralization, privacy and financial inclusion.

Day 2 began with a panel discussion centered around Bitcoin’s macro landscape, where Morgan Creek Digital founder Mark Yusko drew attention to the destruction of the dollar caused by the Federal Reserve’s endless money printing. “Thirty-nine percent of all dollars were created in the last 12 months,” he said, adding that the U.S. dollar is “the biggest shitcoin of them all.”

The heavy panel discussion surrounding Bitcoin and monetary policy was followed by legendary skateboarder Tony Hawk discussing what happens when a counterculture goes mainstream. “It was very fast, it was international, for me it was the future of finance,” he said of Bitcoin. “I did buy Bitcoin in 2012.”

Hawk then hit the half-pipe to show off some of his legendary skills.

Bitcoin and skateboards may be a cool combination. Tony Hawk took the crowd at #Bitcoin2021 outside to show off some of his skills. pic.twitter.com/EXXZA8Xi2k

The Nakamoto Stage also featured a panel discussion called, “The Moral Case for Bitcoin,” where investor, educator and notable Texan Jimmy Song talked about the importance of property rights: “Property rights are the most basic human right… there is no other right without property rights.”

“Property rights are the most basic human right… there is no other right without property rights.” – Jimmy Song #Bitcoin2021.

“There are billions of people in the world that don’t have access to financial services. Bitcoin is extremely important,” Stark said, adding:

“We’ve heard a lot about Bitcoin that is bad, but I really care deeply about bringing this technology to people that may not be allowed on Twitter, that don’t even speak English!”

“Every decade or so, there are new victims for government debts,” Alden said, adding that we should focus more on Bitcoin’s use cases rather than solely its investment appeal.

“…Bitcoin as an asset, Bitcoin as a stock, but we should focus on its use cases.” – @LynAldenContact

“Bitcoin is already the most held asset outside of the U.S. dollar,” Novogratz said, adding that he’s “wildly optimistic” about institutional adoption of cryptocurrencies.

“I’m wildly optimistic that’s happening (institutional adoption). It takes time, but I am bullish in this space.” – @novogratz

Cascarilla talked about the “unbelievable possibility” of Bitcoin beyond just price appreciation:

“There is just an unbelievable possibility here for what Bitcoin can do, it’s just getting started. Don’t focus on the short term price, think about what the long term impact could be.” – Charles Cascarilla

The stage for green energy, which was headlined by angel investor Steve Lee and Bitcoin Magazine technical editor Aaron van Wirdum, had an unexpected interruption when a member of the DOGE army swarmed the stage:

“Satoshi didn’t create anything that was designed to be leverage, and really didn’t care about liquidity.” – @CaitlinLong_

“Most Bitcoin investors (on eToro) invest because they believe in something. The majority of our customers never had a blockchain transaction. Most people find it difficult.” – @yoniassia

Follow Cointelegraph on Twitter for a complete recap of Bitcoin Miami 2021. And make sure to read our Day 1 roundup of the historic event.