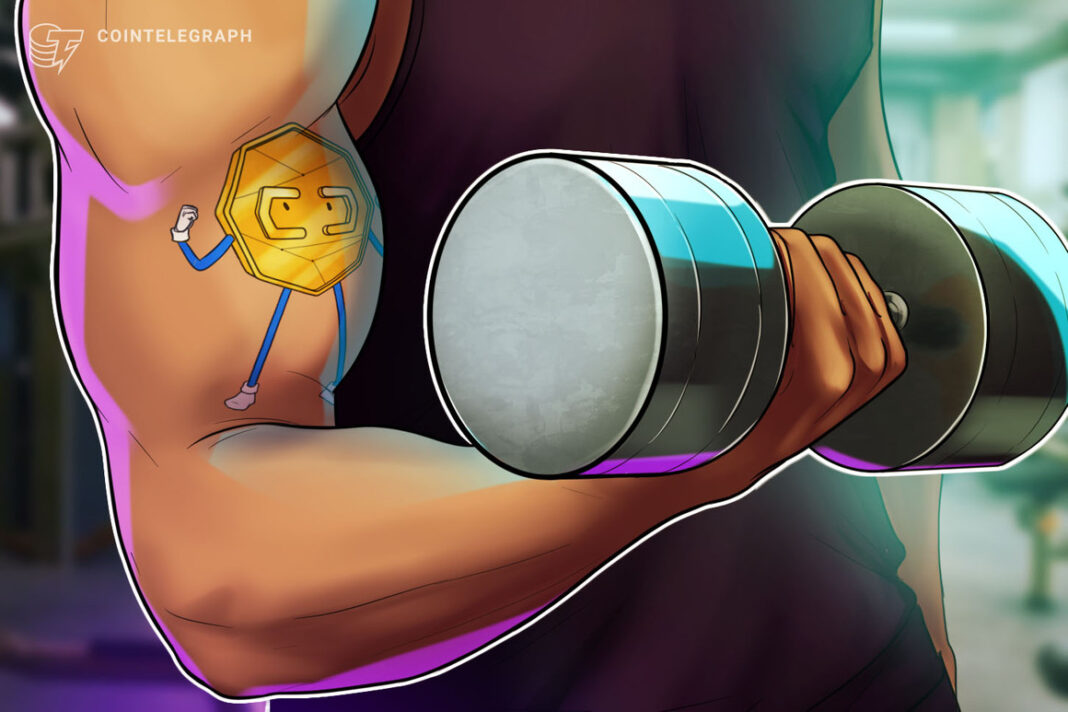 There are several big reasons behind the strong uptrend of MATIC, including the growing hype around Polygon, Google BigQuery announcement, and Mark Cuban’s investment.

Growing sentiment and hype around Polygon

On Feb. 9, Matic first announced its plans to rebrand to Polygon. At the time, they brought in promising metaverse projects and integrated Matic Plasma Chain.

By implementing Plasma Chains, Polygon was able to provide a layer one blockchain network with built-in scaling solutions for projects.

The Polygon team said in February:

Since then, Polygon has become a major layer-one blockchain project, specifically for metaverse projects with the numbers of users skyrocketing.

The growing fundamentals seem to also be boosting the overall market sentiment for the blockchain project.

Bullish momentum for MATIC was picked up by the VORTECS™ data from Cointelegraph Markets Pro, which began to detect a positive outlook earlier this week, prior to the recent price highs.

The VORTECS™ Score, exclusive to Cointelegraph, is an algorithmic comparison of historic and current market conditions derived from a combination of data points including market sentiment, trading volume, recent price movements and Twitter activity.

As seen in the chart above, the VORTECS™ Score flipped green on the morning of May 24 and rose until peaking at 94 on May May 27 right as the price reached its recent highs above $2.30.

In addition to several recent development milestones, including a Ren-Polygon bridge for seven top crypto assets and SDK for building Ethereum-compatible chains, Polygon also announced on May 29 that the project completed the integration of Polygon assets into Google Cloud’s BigQuery.

This integration is important because it improves the accessibility and positioning of Polygon; it allows users of BigQuery users to easily tap into Polygon.

“We are extremely thrilled to share that we have completed an integration of Polygon datasets into @GoogleCloudTech #BigQuery! This means that you can query Polygon’s datasets, run analytics and extract insights using Google’s #BigQuery platform. Blockchains are some of the richest sources of verifiable data, and this is a big step towards improving developer access to Polygon’s datasets and helping analysts unlock their immense latent value.”

Polygon is included in the BigQuery 1TB offering, which means that most BigQuery users will be able to run queries on the Polygon blockchain network to access various blockchain-related data sets.

Cuban explained that having a high transactions per second (TPS) output is highly important to lower the cost of usage for users.

Furthermore, Cuban also emphasized that network effect is crucial, and Polygon already has many projects using the blockchain. He noted:

“Having more TPS and lower gas fees is not enough. There must be a CURRENT network effect and significant user growth. This is a challenge for most L1s and L2s because [with] few exceptions, marketing in the crypto universe is beyond awful. It is fast; it works well, and most importantly, their user base is growing exponentially.”

Analysts also say that exiting DeFi investors are becoming generally optimistic towards Polygon and projects on top of the blockchain.

“He’s right. There’s been a huge shift in support for @0xPolygon from all kinds of parties, influ, groups & powerful players. There’s no question that the ETH-#DeFi crowd are keen for the upcoming deals on $MATIC. Many of ’em are busy reading pitch-decks in prep for the hustle.”

How smart regulation can improve the future of blockchain