Live Crypto
Home Bitcoin Can blockchain ever be part of the solution for tackling climate change? 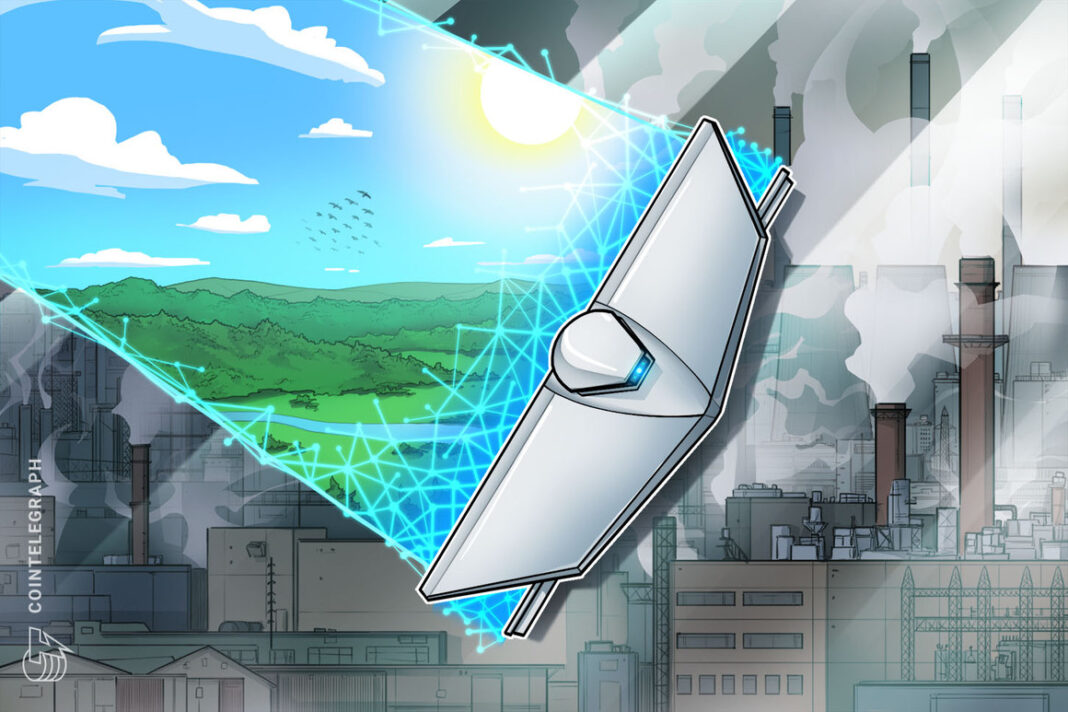 Elon Musk captured the world’s attention when he declared that Tesla would no longer accept Bitcoin as a payment method, citing the blockchain’s environmental impact.

Although this thrust the debate about cryptocurrencies and the climate into the spotlight, this has been an issue that has been rumbling on for many years.

Bitcoin’s proof-of-work consensus mechanism is exceedingly energy intensive, and it seems to be a problem that’s only getting worse — with vast data centers established as miners vie to get their hands on a supply of new coins that has dwindled further since the 2020 halving.

The latest figures from Digiconomist suggest that Bitcoin’s annual carbon footprint is now comparable to the whole of Portugal. A single BTC transaction uses as much CO2 as completing 1.26 million Visa transactions… or watching 95,000 hours of YouTube. Worse still, this single transaction also uses as much electricity as the typical U.S. household gets through in 40 days. Just a few short weeks ago, this figure stood at about 28 days.

It’s a problem that’s getting worse, not better. You know that you’ve got a problem on your hands when the environmental group Greenpeace says that it will no longer accept donations that are made using Bitcoin.

Worse still, some heavyweights in the crypto industry believe that, unless the issue is resolved as a matter of urgency, it could sink Bitcoin altogether as corporations and governments make concerted pledges to take action and mitigate the effects of climate change. The COP26 climate summit is due to be held in Glasgow later this year, and New York recently unveiled proposals to ban Bitcoin mining in the state for three years — with politicians fearful that the cryptocurrency could cause it to miss environmental targets.

Speaking to CNN recently, Ethereum’s co-founder Vitalik Buterin conceded Bitcoin’s energy consumption is “definitely huge” and a “significant downside” in the quest for mass adoption. He also made this stark warning: “If Bitcoin sticks with its technology exactly as it is today, there’s a big risk it will get left behind.”

Right now, Ethereum itself is making a big change of its own. The blockchain is currently based on a proof-of-work consensus mechanism, but is now making a concerted shift to proof-of-stake. Some cynics will argue that the main motivation for this ambitious transition lies in the scalability issues that have plagued the network, as there’s a firm belief that PoS will allow Eth2 to process considerably more transactions per second. There are environmental benefits too, however, with research suggesting that this algorithm will be up to 99% more energy efficient.

Blackrock is the world’s largest asset holder — and in a recent forward-thinking letter to business leaders, CEO Larry Fink said the climate transition “presents a historic investment opportunity.” He added: “No issue ranks higher than climate change on our clients’ lists of priorities. They ask us about it nearly every day.”

This laser-like focus on environmental, social and governance (ES&G) projects helps to change the narrative. Such initiatives are no longer regarded as a drain on profit margins, but an absolute necessity that the world’s biggest businesses need to embrace. Just like Bitcoin, they too risk being left behind unless they adapt… and fast.

Data from Morningstar suggests that the total assets under management in ES&G funds rose precipitously in the final quarter of 2020, surpassing $2 trillion for the very first time. This coincided with the election of Joe Biden as U.S. president, with his administration opting to make climate change a central theme of his presidency.

Carbon offsets, plastic offsets and other forms of climate credits have emerged as a new reality in the business world — meaning companies that fall below certain emissions levels can effectively sell their spare capacity to others for a profit. But this isn’t without challenges. Corporations cannot always be certain that what they are purchasing is genuine, and a real need for concrete data has emerged.

Although blockchain has regularly been castigated as part of the problem when it comes to the environment, one Albuquerque startup believes this technology has the power to be part of the solution.

Devvio has developed an innovative blockchain initiative that advances sustainability efforts — with ES&G infrastructure that provides for “Bitcoin and Ethereum with net-zero emissions.” It has already amassed a series of partnerships with companies focused on ES&G, including waste collectors, renewable energy producers and data analytics companies.

Tom Anderson, the company’s CEO, believes that the core strengths of blockchain can establish trust when it comes to verifying ES&G ratings and assets. He stressed that while these networks have become best known as being the home of cryptocurrencies and NFTs, these databases are particularly well-suited to tracking ownership of assets and records. Over time, it has the potential to become the ultimate destination for provable, auditable data — giving corporations a way of updating their progress on ES&G in a way that investors can verify.

“Blockchain and environmental sustainability can coexist,” says Anderson. “Distributed ledger technologies aren’t intrinsically wasteful, and blockchain can do far more good for the environment than harm. With Devvio’s efficiency at 1/1,000,000th the energy usage of Bitcoin, you have all the benefit without the environmental cost.”

He added: “Bitcoin was literally designed to waste energy in its consensus mechanism, but there are other ways to run a blockchain. I don’t think anyone could have realistically imagined what Bitcoin’s energy use would become, back in 2009. Although we have created a system that is dramatically more efficient, I think that is only the tip of the iceberg in what is needed given blockchain’s potential to become a trusted source of truth for all ES&G data and assets.”

Firmly focused on enterprise customers, Devvio says the world can no longer ignore ES&G issues. Anderson added that it is an “exciting time” for the businesses, and “enormous opportunities” have emerged as most of the world’s 1,000 biggest companies evaluate their impact on the environment.

“It’s rare to see an opportunity in one’s lifetime where there is such a strong business to be built while also being able to do so much good in the world,” he added.

Disclaimer. Cointelegraph does not endorse any content or product on this page. While we aim at providing you all important information that we could obtain, readers should do their own research before taking any actions related to the company and carry full responsibility for their decisions, nor this article can be considered as an investment advice.