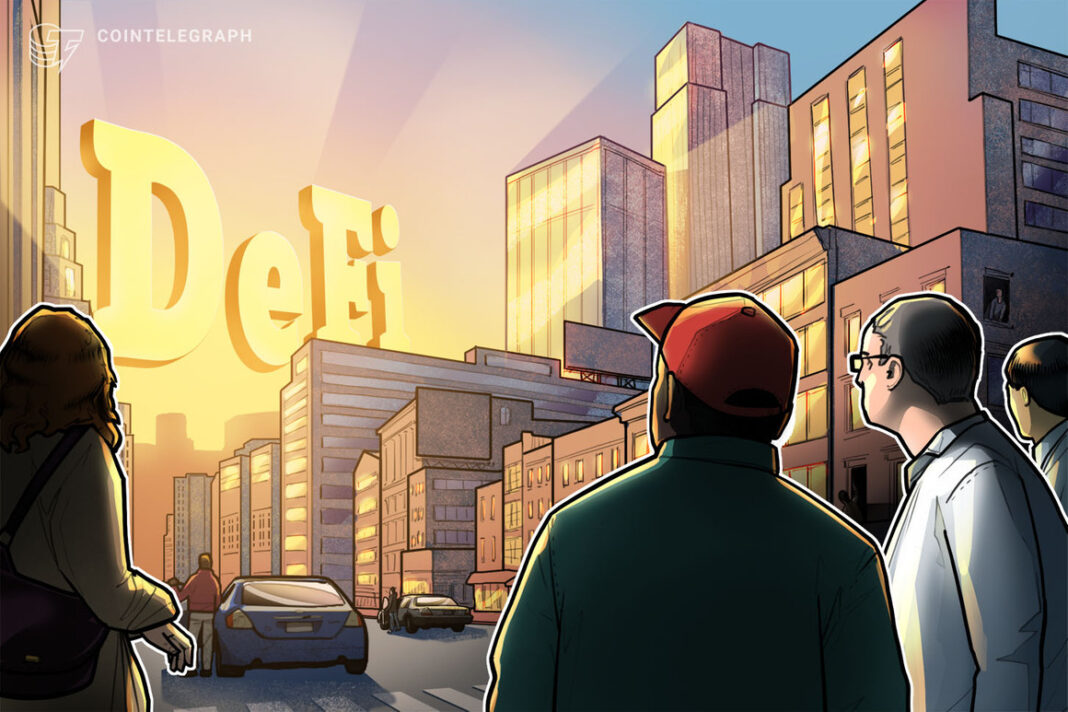 Analyzing the activity on lending platforms can sometimes be used as a barometer for measuring the sentiment of the cryptocurrency market as a higher number of collateral-backed loans may signal that traders are eager to trade a rising market.

All three of the projects are based on the Ethereum (ETH) network and have benefited from the rising price of ETH as well as a recent decline in the average gas fee that has led to an uptick in user engagement with decentralized finance (DeFi).

Maker has seen the largest price appreciation in the month of April thanks to multiple factors including an upgrade to its liquidation engine and the possible expansion of its approved collateral list.

The Maker protocol is responsible for the creation of the DAI stablecoin, which has seen its circulating supply reach a new high of $3.569 billion tokens.

Data from DappRadar shows that the total value locked (TVL) on the Maker platform has climbed higher throughout the month of April and now stands at $11.09 billion, making it the number one ranked Ethereum-based DeFi platform in terms of TVL.

With institutions now getting involved in the cryptocurrency sector and showing great interest in the growing Ethereum network, the MakerDAO ecosystem and its DAI stablecoin could see further gains in users and TVL as one of the more established and long lasting DeFi protocols in the space.

Growth in the AAVE ecosystem really began to take off in the middle of April after the project launched on the Polygon network in an effort to help scale the protocol while remaining on the Ethereum network.

The launch was well received as evidenced by the Polygon-based AAVE protocol surpassing $1 billion in liquidity within 10 days of launching.

A rally in the price of Polygon and the rapid growth of its QuickSwap DEX coincided with a sharp increase in the TVL of the AAVE protocol, which now stands at $10.56 billion according to data from DappRadar.

The rapid increase in TVL that began on April 25 coincided with a 55% increase in the price of AAVE from a low of $315 to a high of $534 on May 3. AAVE’s migration to the Polygon network and the increased scalability it offers is continuing to attracting new users and pushing the token price to new highs.

Compound price whipsawed in both directions in April but that didn’t prevent the protocol from reaching a new all-time high.

Data from Cointelegraph Markets and TradingView shows that after bouncing off a low near $430 in April, the price of COMP rallied 104% to set a new record high at $879 on May 2.

The main driving force behind excitement in the community has been a series of governance votes as well as the approval for the second batch of development grant recipients.

According to data from DappRadar, the TVL on the Compound protocol actually surpassed the $11 billion level in mid-April before a downturn in the overall market caused a drop off in prices resulting in a rapid decline in the value of assets locked on the platform.

Now that the markets appear to be waking up with Ethereum fresh of a new all-time high and Bitcoin (BTC) looking to attempt a breakout above the $58,000 level, the TVL and price for COMP could again trend upward.