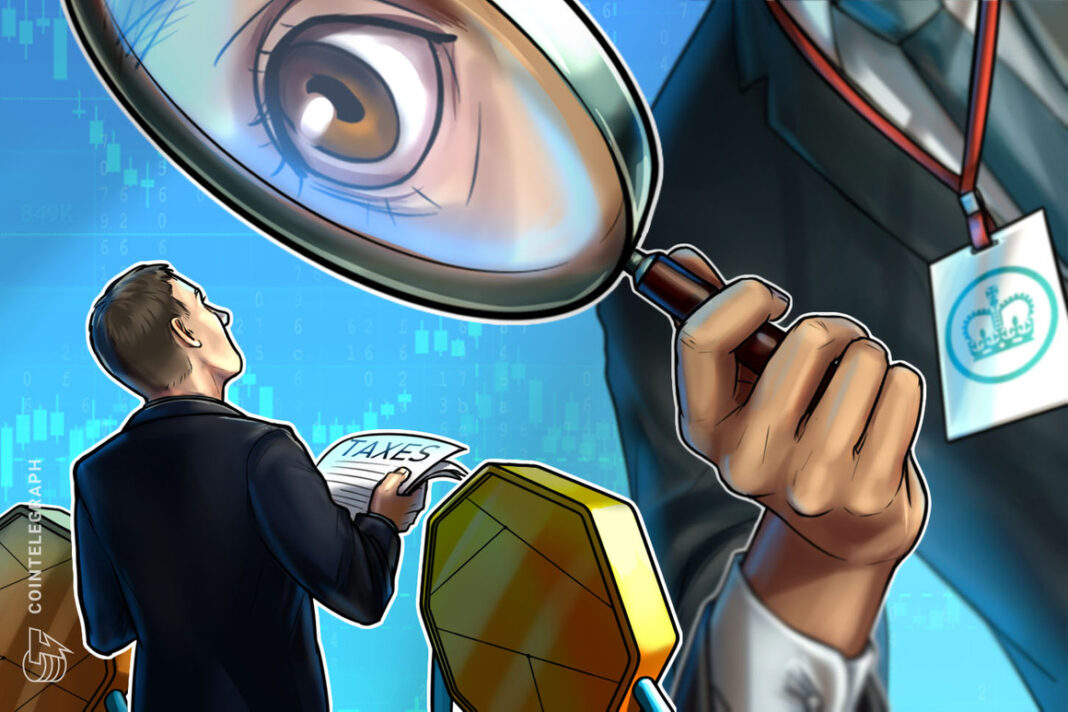 Her Majesty’s Revenue and Customs, the tax authority of the United Kingdom, will ramp up its efforts to snare cryptocurrency tax evaders in an attempt to uncover what it regards as hidden wealth, says U.K. accountancy group UHY Hacker Young.

According to the group, the “statement of assets” form that is used in tax evasion investigations will now include a section focused specifically on cryptocurrencies such as Bitcoin (BTC), Ether (ETH) and others.

Along with explicit demands for information on crypto holdings, the form will also reportedly include sections dedicated to other systems of exchange, including the black market peso used by Mexican and Colombian cartels, along with similar unsanctioned currencies used in Africa, India and China.

“HMRC suspects that an increasing amount of hidden wealth is slipping through its fingers thanks to the rise of cryptocurrencies and other unsanctioned money transfer systems. This demand for information is an important step in HMRC’s fightback against that,” explained UHY Hacker Young director, David Jones.

“A defence of ignorance of the law in this booming sector will no longer wash with the taxman,” Jones added.

“While criminals can still choose to not declare these assets, doing so gives HMRC another opportunity to bring criminal charges against them if their forensic work finds a hidden Bitcoin wallet,” Jones explained.