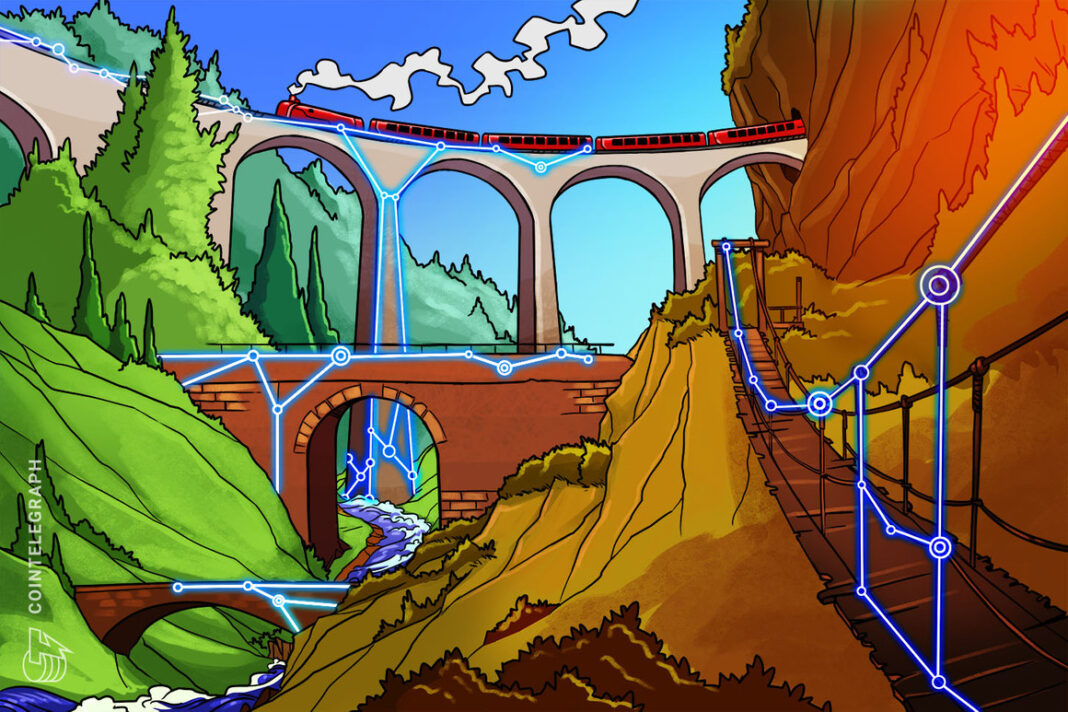 The cryptocurrency space just became a little bit more interconnected after developers created a cross-chain bridge between the Ethereum and Tezos blockchains. Following the launch of the WRAP Protocol, created by Bender Labs, Ethereum-based ERC-20 and ERC-721 tokens can be made Tezos-compatible, allowing ETH holders to interact with the Tezos ecosystem.

Token wrapping has become a common way of connecting the users of disparate blockchain platforms, and is perhaps best exemplified by Wrapped Bitcoin (WBTC), which is an ERC-20 version of Bitcoin (BTC) running on Ethereum.

The WRAP Protocol wraps Ethereum-based tokens in the Tezos’ FA2 token standard, meaning they can be used as 1:1 representations without technical difficulties or price differences.

Like Ethereum, Tezos has its own decentralized finance ecosystem. Unlike Ethereum, which will have to wait around a year before it shifts to a Proof-of-Stake consensus algorithm, staking on Tezos is already widely available, offering Ether (ETH) holders a feasible early chance at earning some passive income.

Users of the WRAP Protocol participate in its governance through the use of the WRAP token, which is compatible with both Tezos and Ethereum, operating on both the FA2 and ERC-20 infrastructure.

The success of Wrapped Bitcoin can be seen in its $8 billion market capitalization, representing the value of BTC hosted on Ethereum. It is currently the fifth-largest Ethereum token behind Tether (USDT), Uniswap (UNI), Chainlink (LINK) and USD Coin (USDC), and the 19th largest cryptocurrency project overall. Just under $200 million worth of WBTC is on Ethereum’s most popular DeFi protocol, Uniswap at present time.

Temporarily converting tokens onto other blockchains is also a way to avoid high fees if the original chain is subject to excessive transaction costs. This may have been the case for WBTC at one point, when Ether fees were a mere fraction of those on Bitcoin. This is no longer the case due to Ethereum’s increasing user base and subsequent congestion, which resulted in extravagant transaction costs as average fees rose to over thirty dollars.

Recent Tezos blockchain stats show transactions worth over $1 million being sent for between $0.01 and $0.15, suggesting a possible immediate use-case for the WRAP Protocol. However, it faces competition from layer-2 protocols already fulfilling this use case for Ether users.

Tezos CEO Hugo Renaudin said code-based blockchain infrastructure was more favourable to legacy financial systems due to its transparency and immutability, adding that he saw Bender Labs’ work as creating an autonomous bank.

“We’re building Bender: a self-driving bank for an open financial system because we believe that financial markets should be open, transparent, unstoppable and rely mostly on lines of codes rather than intermediaries,” said Renuadin.