Live Crypto
Home Blockchain It was only a matter of time — Some NFTs now have... 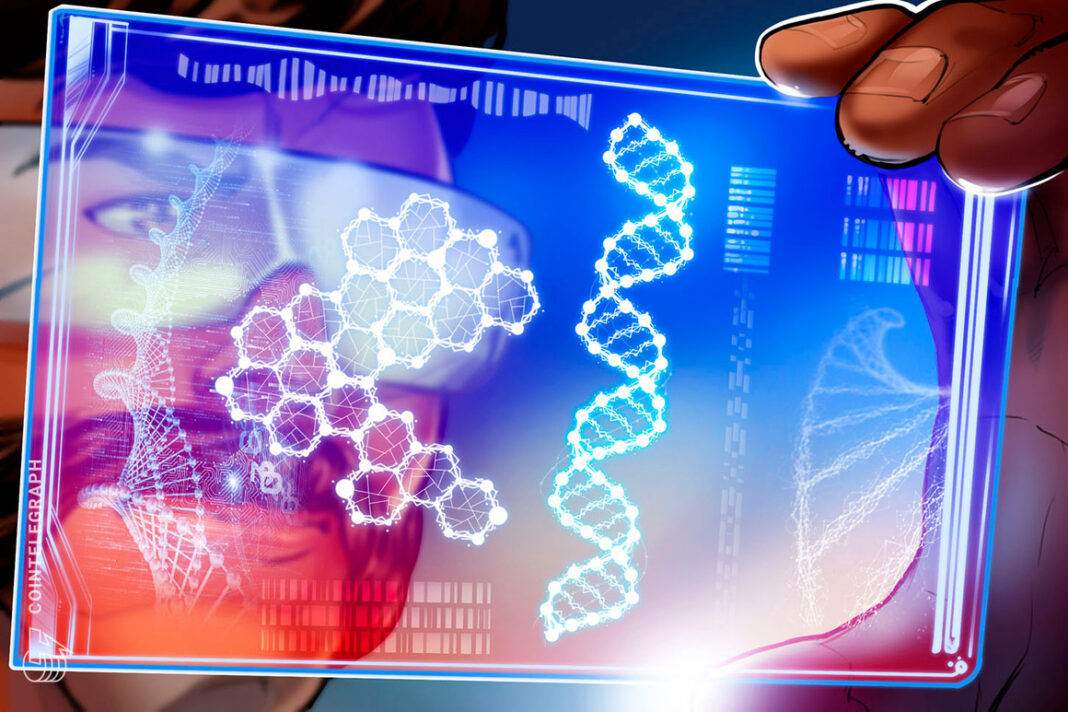 Nonfungible tokens, or NFTs, haven’t quite reached the level of awareness to take over the human race — yet — but at least one of them contains the chemical building blocks of life.

A crypto user known as “Cybex_Dreamer” recently listed their personal genome as an NFT for sale on OpenSea’s digital marketplace. The anonymous seller is auctioning off three NFTs, each containing one-third of their complete DNA sequence, based on identifier, chromosome number, base pair position and genotype.

A small sample of the user’s genetic code shows the data is “intended for genealogical research only,” with the bidding for the first NFT starting at 1 Ether (ETH), roughly $2,463. At the time of publication, no one has made an offer for the user’s DNA. Less than a day remains unti the first auction is completed.

Though this is seemingly one of the few times an individual has had their DNA sequenced and minted on the blockchain, another company has said it is doing the same for crypto users. GenoBank.io plans to allow its customers to create a biological NFT, aiming for people to maintain some ownership of their DNA.

In the United States, the issues over privacy when it comes to one’s DNA can be controversial and are not completely defined in a court of law. The Federal Bureau of Investigation maintains a fairly comprehensive database of genetic samples in its Combined DNA Index System, or CODIS, related to cases including sexual assault and missing persons. A court order filed on behalf of the holder is generally required to expunge a DNA sample from the system.

The OpenSea user didn’t say that they are trying to push any legal or ethical boundaries by having a random person own a copy of their DNA sequence. However, someone could potentially get information on their ancestry, predispositions to genetic disorders, and how to commit identity theft at some point should DNA become used as it is in dystopian sci-fi movies like Gattaca.

The Ethereum blockchain is the new San Francisco