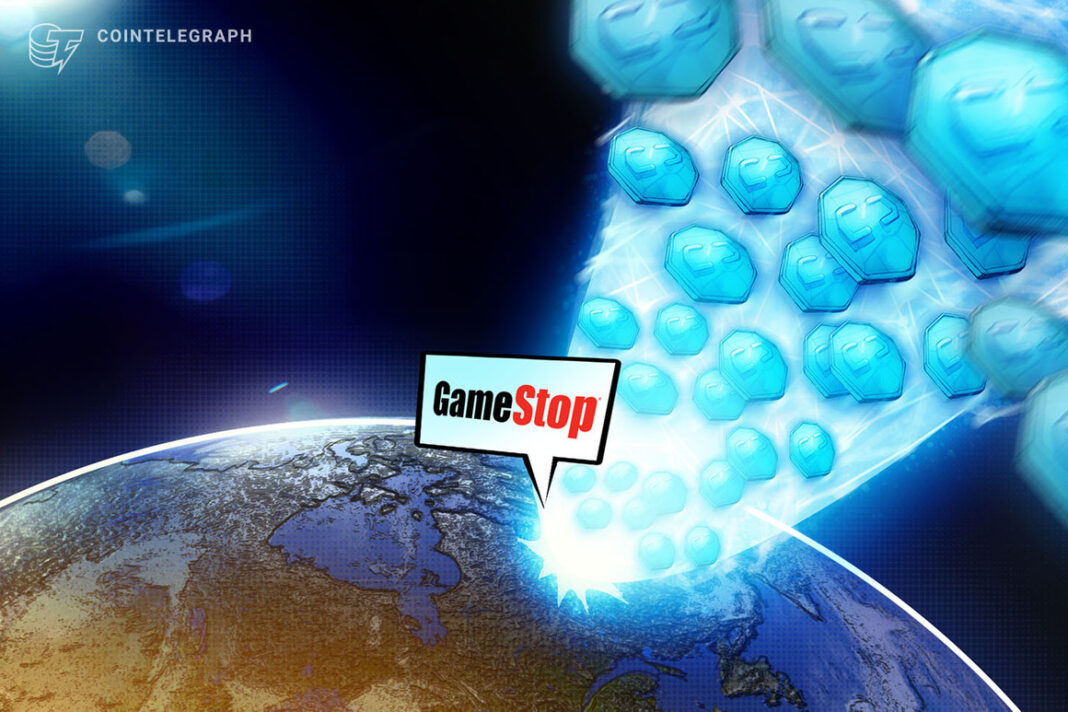 GameStop Corporation, an American gaming and consumer electronics retailer, has announced its plans to sell up to 3.5 million GME shares following the stock’s massive and controversial rally.

The firm announced Monday that it has filed a prospectus supplement with the United States Securities and Exchange Commission, under which it may offer and sell up to 3.5 million shares of GME stock via an at-the-market, or ATM, equity offering program. GameStop said that its total global sales increased nearly 11% for the nine-week period ending April 3, 2021.

GameStop noted that its common stock will be offered through American multinational independent investment bank Jefferies Group, which will serve as the sales agent. The firm said that Jefferies may sell common stocks by “any lawful method deemed to be” an ATM offering as defined by rule Rule 415(a)(4) of the Securities Act. “Sales may be made at market prices prevailing at the time of a sale or at prices related to prevailing market prices,” the firm stated.

GameStop emphasized that the offering is strongly capped at 3.5 million shares, stating: “ In no event will the Company sell more than 3,500,000 shares of Common Stock under the ATM Offering, and aggregate gross proceeds will not exceed $1,000,000,000. There will be no sale of Common Stock in any jurisdiction in which one would be unlawful.”

The firm intends to use the net proceeds from the ATM offering sales to “further accelerate its transformation as well as for general corporate purposes and further strengthening its balance sheet.” “The timing and amount of any sales will be determined by a variety of factors considered by the Company,” GameStop added.

Following the announcement, the GME stock tumbled more than 14% to $164 at the time of writing, according to data from MarketWatch. By initiating the ATM offering, GameStop reportedly wants to take advantage of the stock price surge following the Reddit-driven short squeeze that pumped GME above $370 in late January 2021 from $20 earlier that month.

As previously reported by Cointelegraph, GameStop’s short squeeze caused serious issues for some trading platforms such as crypto-friendly stock trading app Robinhood. After suspending GameStop trading in January, Robinhood became the subject of a criminal investigation initiated by the U.S. Department of Justice as well as similar probes by the SEC and the Commodity Futures Trading Commission.

Why is BNB seeing such a strong recovery?