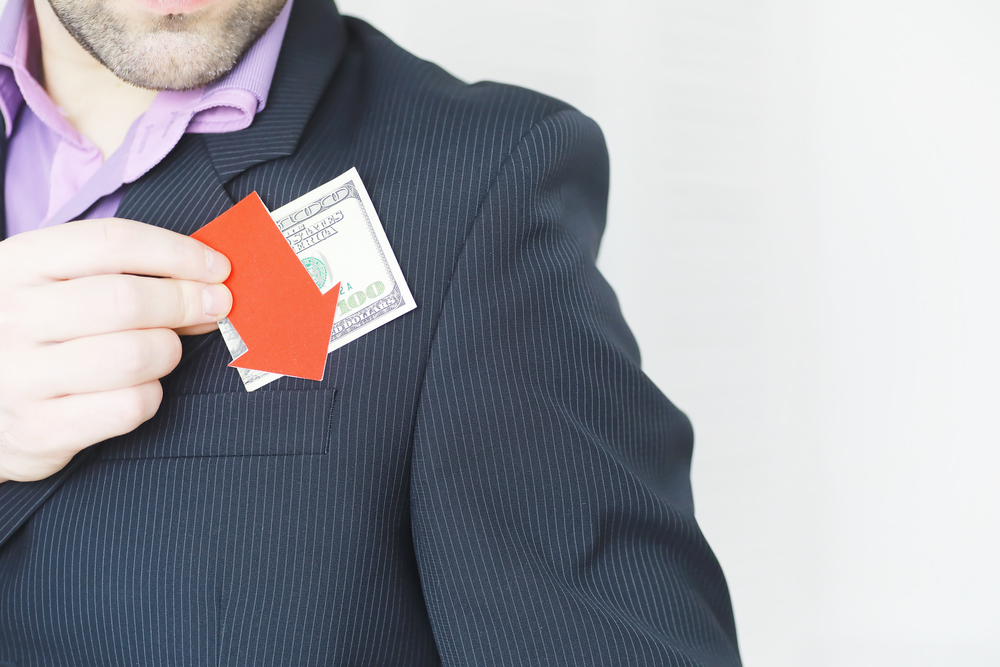 Bitcoin fell towards $53,000 on Tuesday as US stocks rallied, breaking away its tradition of tailing riskier assets even as bond yields and the US dollar dipped.

The benchmark cryptocurrency was down 1.13 percent to $53,500 per token ahead of the L0ndon opening bell. Bitcoin futures on the Chicago Mercantile Exchange dropped by more than 4 percent to $53,475 around 0600 UTC. At its intraday low, Bitcoin was trading at 53,000.

“It’s a due trip to oversold,” said Scott Melker, an independent analyst associated with the Wolf Den Newsletter, referring to Bitcoin’s relative strength indicator (RSI) that earlier alerted about its technically overbought status. An RSI reading above 70 typically leads to a neutralizing downside correction. 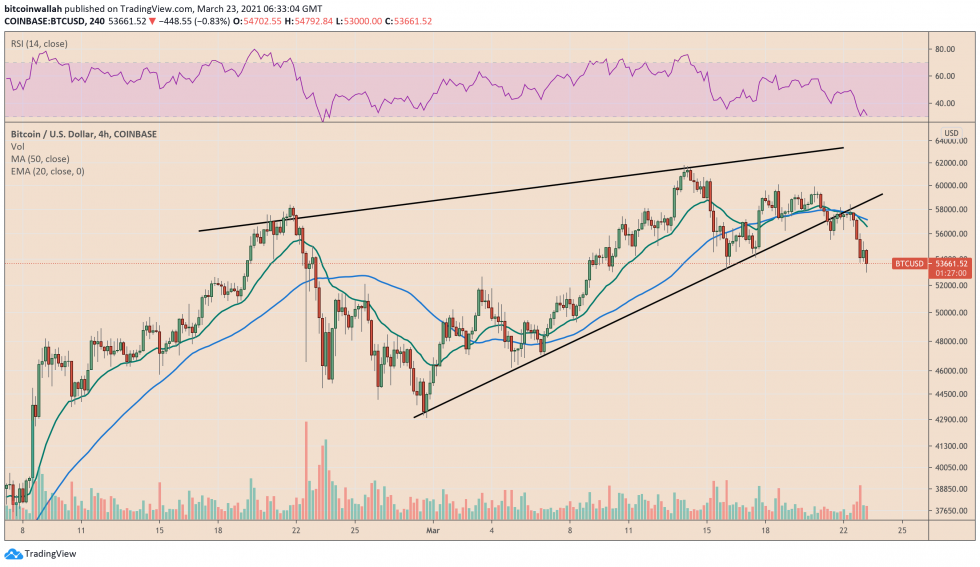 Simultaneously, Bitcoin’s latest decline largely coincided with a renewed demand for the US dollar against the Turkish Lira’s crash on Monday. The cryptocurrency typically reacts inversely to the greenback’s trends. The US dollar index was firm in the previous session but rose 0.15 percent on Tuesday.

Bitcoin further lost appeal as investors’ focus shifted towards Wall Street, with the tech-heavy Nasdaq Composite gaining 1.2 percent by the market close in New York. The benchmark S&P 500 rose 0.7 percent at the same time. Bitcoin was earlier trading in tandem with tech stocks.

Global stock rally halted on Tuesday, with Asian markets falling alongside the US and the European futures on the US-China relation worries and harsher coronavirus lockdowns in Germany. Gold plunged in tandem.

Fundamentals favor Bitcoin bulls. The cryptocurrency expects to rebound as the global central banks continue their loose monetary policies to support their economies battered by the coronavirus pandemic’s aftermath. Last week, the Federal Reserve said it would keep its interest rates near zero while buying government and corporate debts at the pace of $120 billion per month.

Meanwhile, Joe Biden’s $1.9 trillion stimulus packages kept the US dollar under pressure due to its oversupplied nature. The US president also reportedly got in touch with his top advisers about a $3 trillion government spending plan, risking to lift the country’s debt-to-GDP ratio further above a whopping 98 percent.

At the same time, the European Central Bank stepped up the pace of its bond-buying program to its highest level in more than three months. It bought €21.1 billion of bonds in the week ending March 17 — up from €14 billion in the previous week — to counter the latest sell-off in eurozone debt markets.

Bitcoin expects to do well against loose monetary policymaking. Investors looking for higher returns step away from lower-yielding bond markets and inflation-stuck fiat currencies to seek safety in the cryptocurrency. The BTC/USD has surged about 1,500 percent amid a globally dovish environment.

Nevertheless, technically,  the pair could decline further while retaining its overall bullish bias. 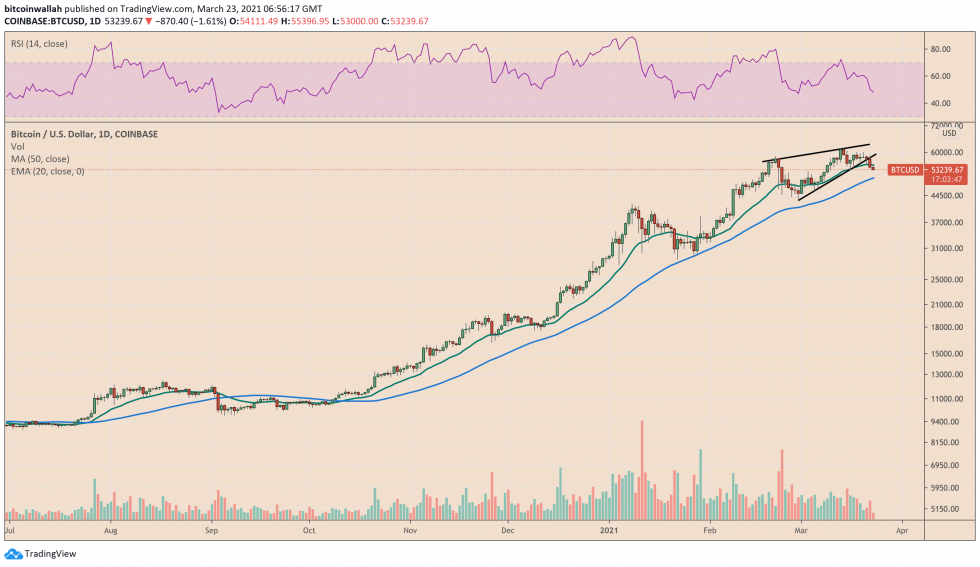 Bitcoin is breaking out of a Rising Wedge pattern. Source: BTCUSD on TradingView.com.

BTC/USD slipped below its 20-day exponential moving average on Monday, which alerted bulls about a potential extended sell-off towards its 50-day simple moving average, now sitting around the $50,000 level. At the same time, the pair’s decline appeared like a negative breakout move from a Rising Wedge, a bearish reversal pattern.

That risked sending BTC/USD down by as much as the Wedge’s maximum height. The downside target, therefore, is near $41,000.