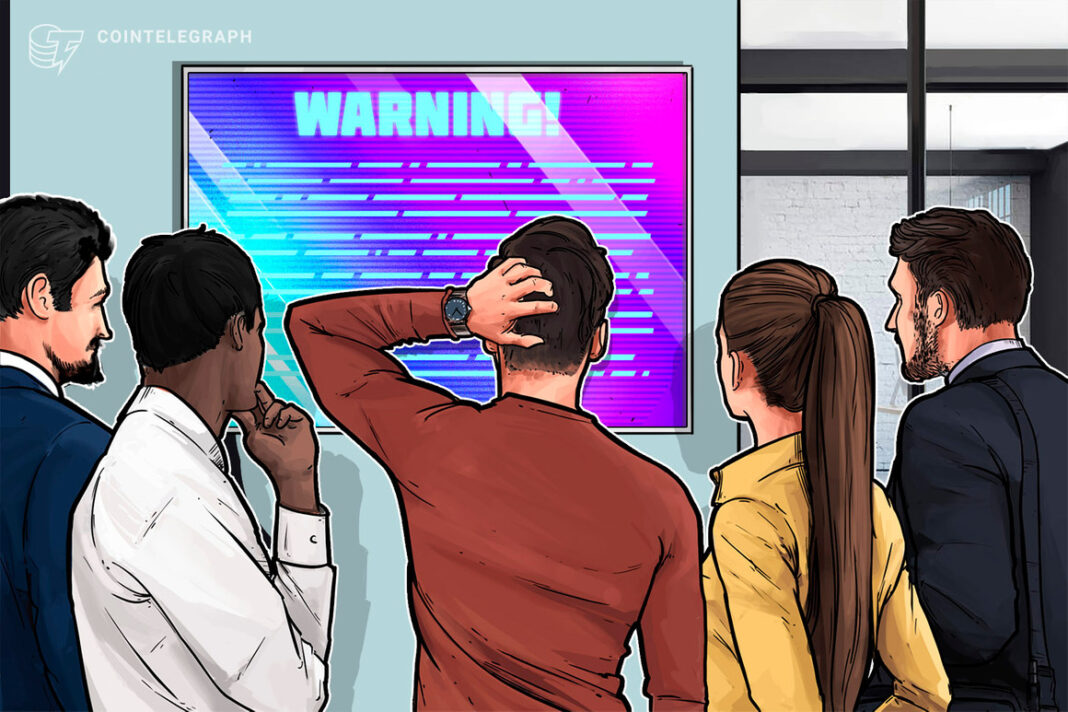 In a consumer protection alert issued on its website on Friday, the regulator offered a cautionary tale about crypto involvement on the part of retail investors.

As part of its statement, BaFin echoed similar admonitions espoused by several European regulators including the European Securities and Markets Authority and the European Banking Authority.

According to BaFin, retail investors need to be aware of the risks of incurring 100% losses from their crypto investments.

While the European Union lawmakers are still working towards creating an EU-wide set of laws for virtual currencies, German regulators already have some legal framework for digital assets in the country.

Crypto custody providers, exchanges and other businesses can only operate in Germany under license from BaFin. As previously reported by Cointelegraph, the country legalized digital securities back in December 2020.

Under the somewhat clear-cut regulatory landscape for cryptocurrencies in Germany, some banks in the country have even sought approval to begin offering crypto custody solutions.

Despite these laws, BaFin says there is no protection against losses for retail consumers in the cryptocurrency space, hence the warning.

Crypto investment warnings are a popular occurrence among financial regulators across the globe especially against the backdrop of the current bull market. Unlike mainstream finance with its qualified investor criteria, the crypto market offers easier market participation channels to “Mom and Pop” investors.

In 2021 alone, regulators from South Africa to the United Kingdom, and even Thailand have issued similar warnings. Back in February, Thailand’s finance minister criticized the current cryptocurrency speculative surge and warned of the potential for massive losses on the part of retail investors.

Earlier in March, the International Association for Trusted Blockchain Applications issued a detailed report based on surveys and engagements with crypto industry players indicating that some MiCA provisions were inimical to the growth of startups.