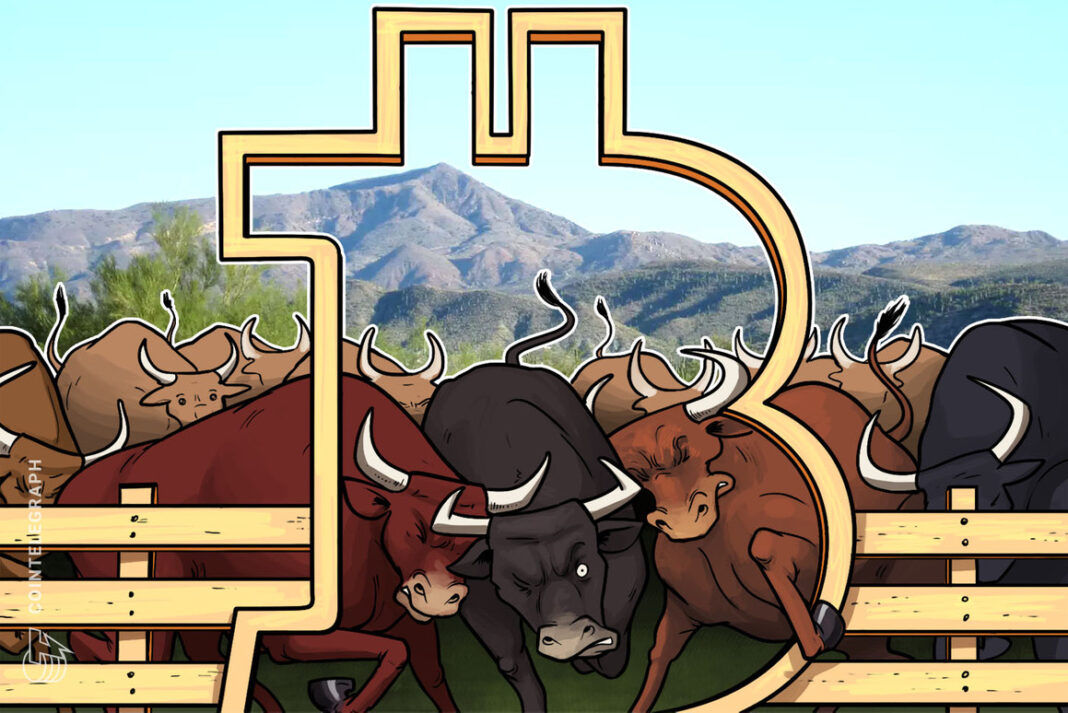 Bitcoin (BTC) challenged levels within 10% of all-time highs on March 10 as strength in the U.S. dollar failed to dent the bullish trend.

Data from Cointelegraph Markets and Tradingview tracked a comeback from an overnight correction for BTC/USD on Wednesday, with the pair targeting $55,000.

After hitting two-week highs of $54,500 the previous day, Bitcoin improved on its performance to hit $55,700 before encountering a strong band of resistance and heading lower.

The latest resurgence underscores new-found strength in the largest cryptocurrency this month, something which continues to take it to within striking distance of historical all-time highs at $58,300.

“Beautiful rejection on the $56,000 area for #Bitcoin here. So far, everything fine,” Cointelegraph Markets analyst Michaël van de Poppe commented about the past 24 hours’ action on Twitter.

At the time of writing, there was little indication that a retest of $52,000 was imminent, as hodlers celebrated yet more institutional investors entering the Bitcoin adoption race. This time, it was American Residential Warranty which teamed up with exchange Gemini to invest.

“And another company has decided to put bitcoin on its balance sheet,” Gemini co-founder Tyler Winklevoss responded.

Orderbook data from Binance, the largest exchange by volume, showed sellers lined up $56,000 and upwards, with strong support available below $49,000.

Elsewhere, March has continued to produce an interesting countertrend for Bitcoin traders, with the U.S. dollar flipping to a correlated asset from an inversely correlated one.

As Cointelegraph often reports, the U.S. dollar currency index (DXY) tends to spark downward pressure on Bitcoin when it strengthens rapidly, with the reverse also true. While this was a key feature of the market landscape throughout 2020, this year has seen the phenomenon’s strength begin to erode.

Over the past two weeks, both DXY and BTC/USD have gained in tandem.