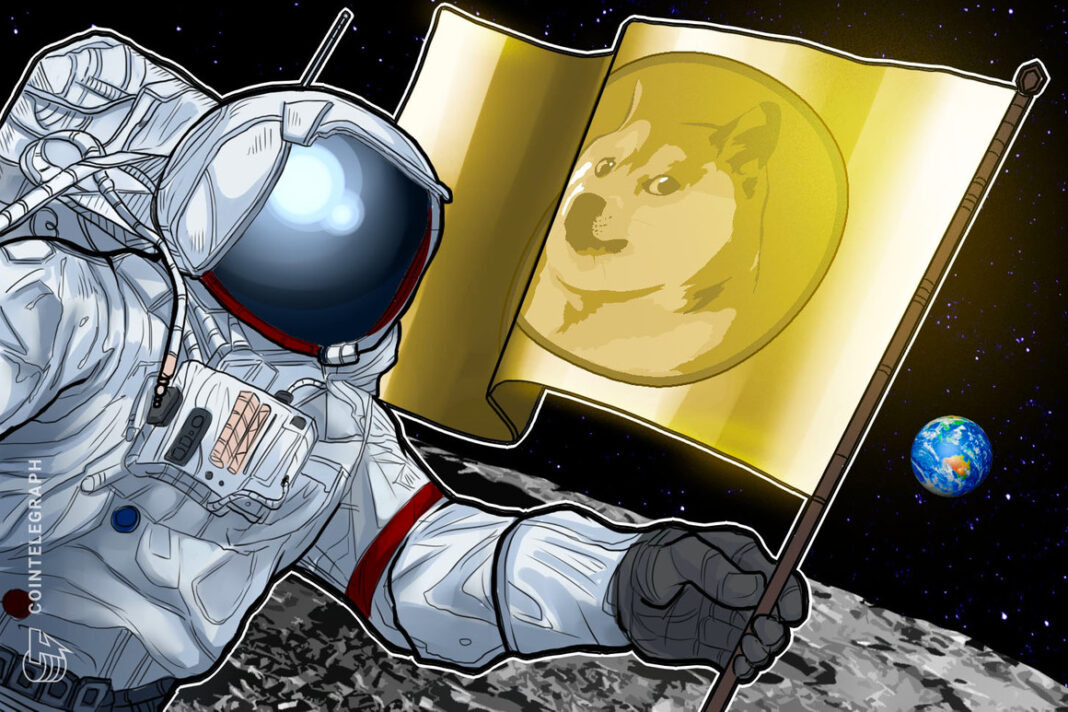 Heavily pumped by Elon Musk’s tweets, Dogecoin may be the first cryptocurrency to literally reach the moon following an aborted launch of a SpaceX ship.

The aerospace company attempted to launch its Starship SN10 vehicle today from SpaceX’s facility in Boca Chica, Texas. The final version of the spacecraft will reportedly be capable of reaching the moon after refueling in Earth orbit, but the SN10 was supposed to stay within the atmosphere today for a high-altitude test.

Although the Starship’s Raptor engines briefly ignited at approximately 8:15 PM UTC, the spacecraft failed to leave the surface after SpaceX aborted the launch. A successful launch would mean another step for the Starship to eventually be used for hauling cargo and eventually people to the lunar surface.

Though perhaps jokingly, Musk has repeatedly implied on Twitter that Dogecoin (DOGE) will be the first cryptocurrency — or any currency, unless astronauts plan to take cash with them — to follow in Neil Armstrong’s footsteps. The SpaceX CEO may have single-handedly been responsible for a number of price surges for the token, which has risen more than 60% in the last 30 days to reach $0.0508 at time of publication.

To date, only twelve people have walked on the moon — all NASA astronauts in the 1960s and 1970s — but none of them reportedly carried any form of currency with them. Apollo 11’s Armstrong and Buzz Aldrin left behind a silicon disc containing messages from world leaders, while Alan Shepard of Apollo 14 hit a couple golf balls near the Fra Mauro crater.

In addition to being considered for NASA’s Artemis program, which aims to send people to the moon by 2024, Starship is being promoted as a passenger spacecraft for those wealthy enough to pay for SpaceX’s travel fees. Japanese billionaire Yusaku Maezawa has already purchased nine seats on the vehicle for a 2023 launch, offering to give away eight of them to prospective “crew members.”

At the time of publication, SpaceX has not ruled out making one last attempt to launch the Starship SN10 today.