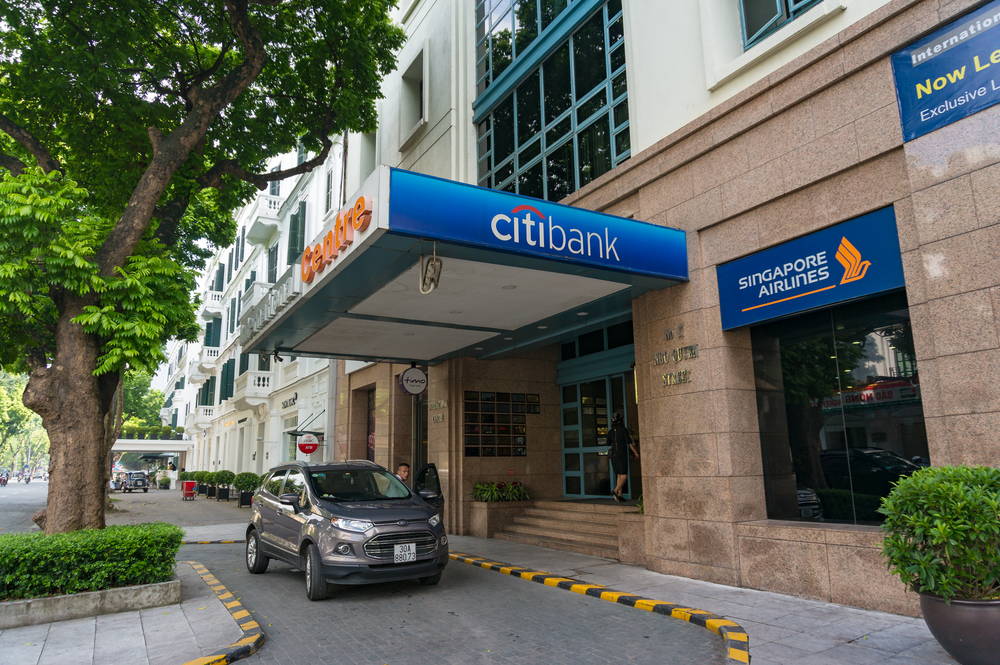 Bitcoin kickstarted the week with an incredible recovery rally, negating a considerable portion of its losses from the previous weekly session against a downside correction in US bond yields.

Nevertheless, the flagship cryptocurrency’s intraday bull run failed to garner further higher bids on Tuesday. A sell-off at the local top ensued due to profit-taking sentiment, pushing its prices lower by as much as 3.72 percent to $48,380. Bitcoin was still up 7.5 percent on a week-to-date timeframe.

Part of the cryptocurrency’s gains also received a boost from Citi’s latest report on cryptocurrencies. The investment bank concluded that Bitcoin could become a currency of choice for international trade. Nonetheless, the upbeat projections did little in maintaining the asset’s intraday bias. 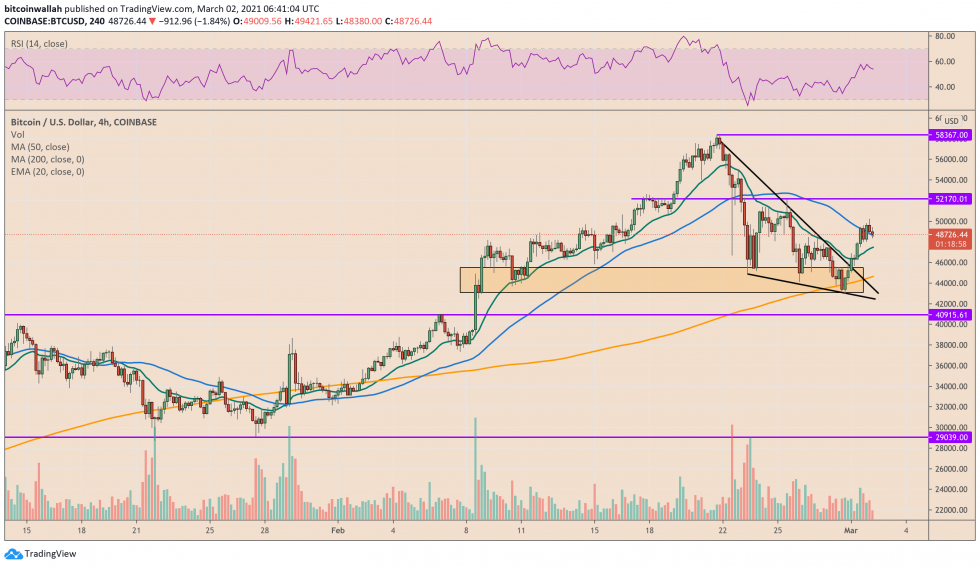 Bitcoin’s downside move Tuesday appeared in the entire cryptocurrency market, with top tokens like Ethereum and Binance Coin each tailing Bitcoin to its intraday losses. Overall, the crypto market lost about $23 billion during the Asia session, setting the forthcoming periods on alert mode about potential declines.

Bitcoin’s 21 percent price decline last week and its recovery on Monday appeared in response to the ongoing turbulence in government-bond markets. Global 10-year interest rates rose on optimistic economic growth forecasts, putting pressure on assets that performed well against falling yields in 2020. As a result, bitcoin plunged alongside tech stocks.

But on Monday, the yields stabilized, providing the cryptocurrency a break from its corrective moves. It received a further boost after Australia’s central bank responded to rising bond yields by doubling its Treasury purchases. Interest rates move inversely to bond prices.

Analysts noted the US Federal Reserve would need to take a similar call. Crypto economist Ben Lilly said in his weekly newsletter that rising yields would push the cost-to-service debt higher, which is “very troubling in an economy that’s still operating at less than full capacity in light of COVID.”

“It’s why J-Pow and the Federal Reserve can’t sit idle,” Mr. Lilly added. “Let me rephrase that… It’s why they haven’t sat idle. They are already acting in the markets by purchasing U.S. debt (bonds).”

The US Federal Reserve’s balance sheets as of this week. Source: FRED

Bulls have long perceived central banks’ intervention into the bond markets as optimistic for Bitcoin. As they rake up Treasurys, they effectively push the yields on them lower, making them less attractive for other investors. As a result, the money starts flowing into riskier assets.

“The more central banks around the world purchase assets, keep yields low, and continue to add more ink cartridges to the money printer, the more vertical this cycle might be,” noted Mr. Lilly. “However, if the FED decides to change course and tighten up, this can act as a major headwind for crypto.”

The 10-year US Treasury note’s yield was near 1.415 percent on Tuesday, a slight down from its previous day’s close at 1.422. Investors now await Fed official appearances for clues about whether the central bank will do anything about the rising interest rates.