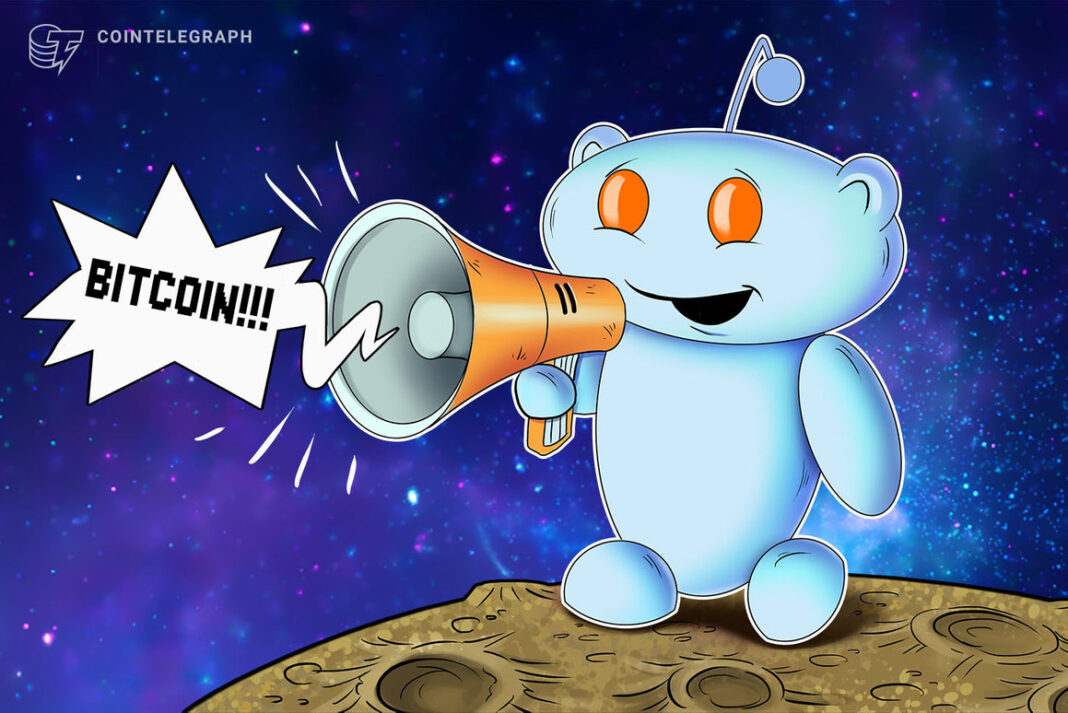 Ohanian’s bio update seemed in response to a tweet by tech entrepreneur and former Coinbase chief technology officer Balaji Srinivasan. As part of the tweet, Srinivasan highlighted the growing appeal of Bitcoin to the likes of Musk and Dorsey calling BTC “the flag of technology.”

The Reddit co-founder is a known crypto advocate and has previously revealed that he holds a percentage of his wealth in cryptocurrency. Back in May 2020, Ohanian remarked that crypto was here to stay and praised the level of “top-tier talent building” in the industry.

Ohanian has previously offered optimistic price predictions for both Bitcoin and Ether at $20,000 and $1,500 respectively. At the time, the Reddit co-founder revealed that he was most-bullish about Ethereum.

As previously reported by Cointelegraph, Reddit with its over 1.7 billion monthly visitors recently inked a partnership deal with the Ethereum Foundation. As part of the collaboration, Reddit plans to introduce the requisite scaling technology to support projects like tokenized community points on the Ethereum network.

Musk’s bio update earlier on Friday seemed to spark a flurry of BTC buying action with Bitcoin briefly surpassing $38,000 for the first time in almost two weeks. The current resurgence in BTC enthusiasm also appears fuelled by the actions of several in the mainstream trading establishment and their treatment of retail participants.

On Thursday, several retail brokers like Robinhood prevented users from buying stocks like GME and AMC. These stocks had been experiencing parabolic gains to the benefit of retail holders with the resultant short squeeze threatening to bankrupt prominent hedge funds.

Meanwhile, Bitcoin’s Friday surge has seen over $850 million in BTC derivatives, mostly shorts, liquidated over the last 24-hour trading period. According to bybt data, more than 310,000 trader positions went underwater with the largest single liquidation happening on BitMEX to the tune of about $10 million.

Ethereum on track to settle $1.6 trillion this quarter

Traders remain bullish even as DeFi’s TVL falls to $54.4 billion