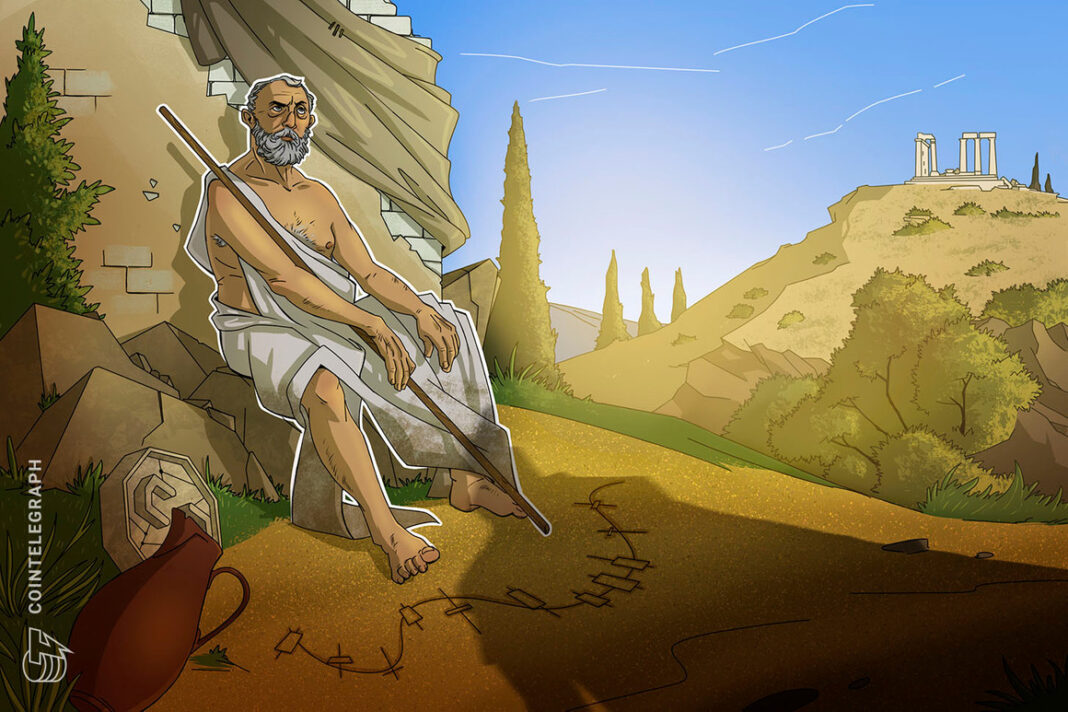 One of the tropes that observers commonly invoke to explain the forces behind the crypto markets’ surge at the end of 2020 and in early 2021 is that the process has been mainly driven by the inrush of institutional investment.

While there are many good reasons to believe that the race among the big players of traditional finance to get into digital assets has indeed provided much fodder for the blast, the overwhelming focus on this narrative can make it seem that retail investors had a little role to play.

Shifting the spotlight away from the public can be misguided because blockchain is fundamentally a social technology. Bitcoin (BTC) as an investment vehicle would struggle to exist without the bustling Main Street marketplace and a social media arena where market-driving narratives emerge and clash.

Heightened social engagement with crypto has been both a precursor for the recent rally and its direct consequence. Is there a way to quantify the crypto industry’s recent gains in terms of user inflow?

Perhaps the easiest trend to capture is the surge in search activity coinciding with rapid gains in crypto prices. One established metric is the volume of Google searches of cryptocurrency-related terms. In the week of Jan. 3, Google Trends’ global interest over time index for the term “Bitcoin” reached the value of 68, which amounts to more than two-thirds of the all-time high registered in the week of Dec. 17, at the height of the previous record-breaking bull run in 2017–2018.

Frantically, searching for the meaning of basic crypto terms amid the hype waves rocking the internet in the wake of a major price rally could be indicative of a potential newcomer’s first impulse to educate oneself on the subject. While this is a necessary first step for eventually becoming involved with digital assets in a more tangible way, search data alone only reveals a fraction of how deep engagement truly is. Spikes in searches could as well be a marker of a FOMO-driven behavior that does not translate into more meaningful activity once the hype dies down.

The volume of traffic going to specialized cryptocurrency analytics websites could be a somewhat more precise marker of the arrival of a new wave of the crypto-curious who are willing to do their reading beyond headlines. CoinGecko, one of the major crypto data aggregators, shared some of its internal analytics to provide a sense of how much more engagement they have received against the backdrop of the recent market surge. The firm’s co-founder and chief operating officer, Bobby Ong, commented to Cointelegraph:

Still, there is no way to tell what share of these gains has been driven by newcomers versus returning crypto investors.

If we accept that participating in a Twitter discussion about cryptocurrency is more likely to reveal a meaningful engagement with the digital asset space than simply looking up what Bitcoin is, there is some good news in fresh data.

While the indicators of generic interest as gauged by Google Trends in the wake of the recent rally failed to surpass the highs of late-2017, several metrics related to Twitter conversations have hit all-time highs. Treyce Dahlem, a research analyst at The Tie — a digital assets data provider — explained to Cointelegraph:

“While institutions may have started this crypto rally, retail has definitely arrived. The average number of daily Twitter users talking about Bitcoin has hit a new all-time high of 35,883, breaking the previous high of 35,181, set back in January of 2018. This is huge, as this shows that retail investors are here and excited about Bitcoin.”

Dahlem added that the share of tweets about Bitcoin coming from unique Twitter accounts has also reached a record high at 53.3%, suggesting that the increased volume of conversation is fueled by new users jumping in and not just the intensified discussions among the existing participants of Crypto Twitter.

An even more challenging task is to gauge the state of crypto awareness and adoption that predated the latest price spike. This type of insight could lend credence to the argument that increased retail investors’ engagement could not only stem from the crypto markets’ surge but at least partly fuel it.

The type of data best suited for answering broad, population-level questions around the share of people who know about digital assets and use them can be obtained through surveys. While there are plenty of crypto-related surveys, few of them even aspire to reach any level of representativeness, much less systematically apply the same methodology across several time points to reliably track the dynamics.

One exception is perhaps the Crypto Survey fielded by venture company Blockchain Capital every 18 months, starting in the fall of 2017. It uses a sample of U.S. adults that is weighted such that all key demographic characteristics are represented in a proportion similar to the general population. The latest round of data, collected in October 2020, speaks to the Americans’ rapid progression through what the authors of the report labeled the “adoption funnel.”

According to the survey results, less than two months before crypto markets rallied in December, 90% of U.S. residents reported having heard of Bitcoin; 45% were at least somewhat familiar with it; 45% agreed that it is a positive innovation; 41% were convinced that most people will be using Bitcoin in the next 10 years; and 34% said that they were likely to purchase Bitcoin in the next five years. For each of these metrics, sizable increases from respective spring 2019 values were apparent.

These trends are not exclusive to the United States or even to the elite club of the world’s most developed economies. Occasional reports from a wide array of nations, from Australia to Nigeria, highlighted that in 2020, people around the globe have been getting familiar with digital assets and joining the ranks of crypto users at rates that could only be explained by fundamental factors.

Granted, newsworthy bull runs and accompanying spikes in online attention help accelerate engagement and subsequent adoption of crypto, but it’s this virtuous cycle that is the expanding adoption that, in turn, allows markets to thrive.