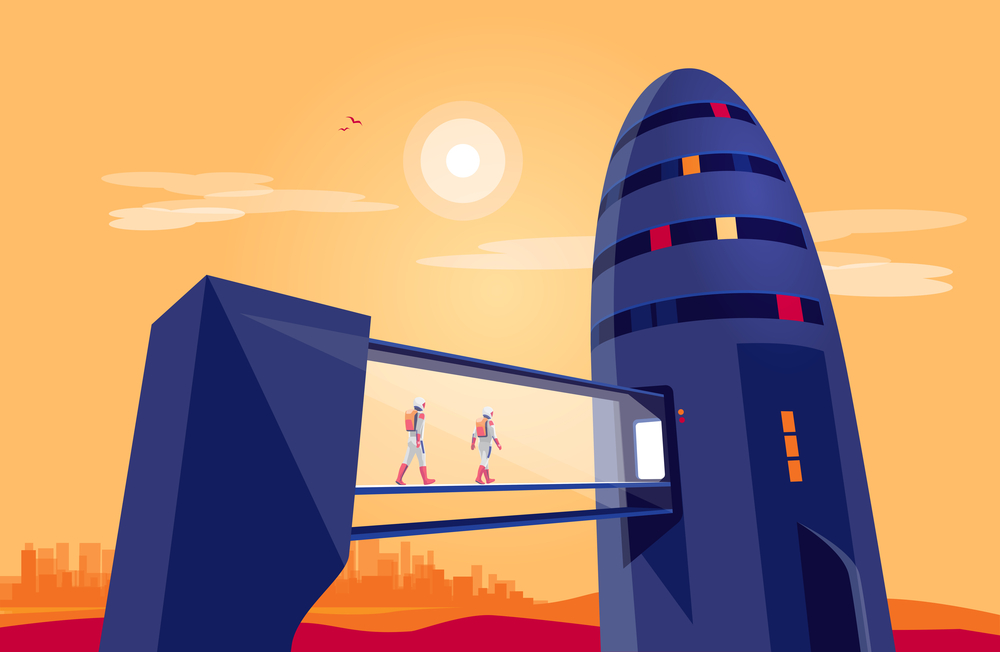 A downside correction in the Bitcoin market at the beginning of this week may prepare a fresh run-up towards $30,000, says Teddy Cleps.

The independent market analyst tweeted a technically bullish set up on Monday, projecting the Bitcoin price in a trend continuation pattern. In the chart, traders can observe the cryptocurrency consolidating inside a Triangle-like structure following its parabolic upside move above $28,000 on Sunday.

It appears like a potential Bullish Pennant, which could technically send the Bitcoin price higher by as much as the rally that preceded its formation — aka “flagpole.” It is around $3,652 long, as measured by Bitcoinist. Therefore, the bitcoin price has a great potential of hitting $30,000 should it break the Pennant to the upside from its apex.

The bullish analogy surfaced as Bitcoin achieves one record high after another. The cryptocurrency reached a new one of $28,387 on Sunday as traditional markets remained close for the Christmas holiday. Meanwhile, the aggregated open interest of Bitcoin Futures hit another record level of $8.9 billion, further reflecting the market’s enthusiasm. 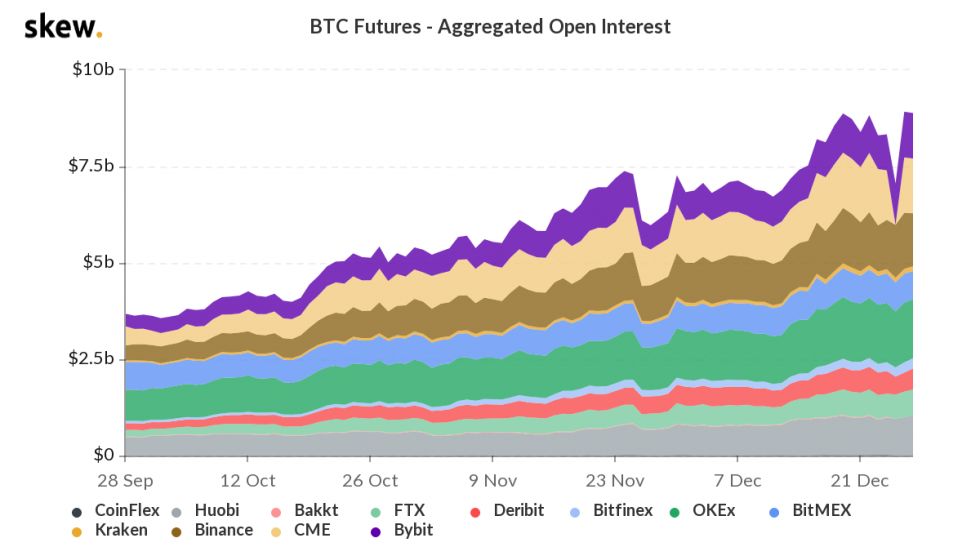 Robbie Liu, a researcher at OKEx cryptocurrency exchange, noted that Bitcoin expects to sustain its profits on booming institutional adoption. Typically, the leading crypto corrects lower after a rally as traders’ focus shifts on its rivals, causing a so-called “altcoin rally,” which is no longer the case.

Mr. Liu referred to Donald Trump’s decision to sign a bill that would pave the way for a $900 billion stimulus package to reach millions of Americans. Coupled with the Federal Reserve’s dovish policies, it would increase further downside pressure on the US dollar. The greenback is already down by more than 12 percent YTD.

“The three major U.S. stock indexes rose for the second day in a row before the Christmas holiday,” said Mr. Liu. “Meanwhile, stock index futures saw gains today after President Trump signed a new $900 billion stimulus package, and we can expect some of that sentiment to boost Bitcoin.”

As the bullish euphoria sustains, some analysts have also suggested traders prepare for a short-term downside correction — that could invalidate the Bullish Pennant setup above.

Mark Principato, the executive director at Green Bridge Investing, stated that Bitcoin’s current upside moves “are a sign of speculative froth and the herd mentality.” The analyst stated that the cryptocurrency could still fall towards $23,000, where traders can consider opening a long position.

“Please understand, when the market looks its best, that is often the WORST time to enter,” he explained. “Avoid the hype and all of the “logic” and reasoning as to WHY this move is taking place. It will not enforce good habits in the long run.”