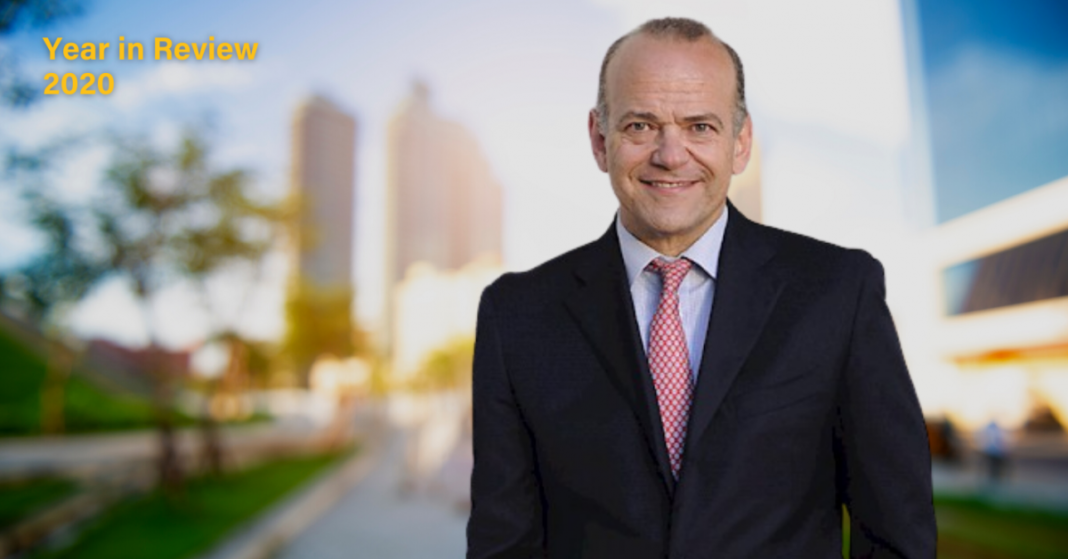 This has been an unprecedented year in far more ways than one. Above all else, while 2020 has taught us the importance of speedy and reactive policymaking, it has also highlighted how proactive legislative activity can better prepare our societies for the future, be it for pandemic preparedness, technological innovation or future financial stability. With regards to the COVID-19 pandemic, this is undoubtedly true. However, the same can be said in the blockchain industry.

The writing is on the wall, so to speak. We are closing out this tumultuous year with far more attention currently being paid to distributed ledger technology (DLT) and crypto assets than this time last year – and for good reason. Largely, regulators have begun proactively preparing for the future of this burgeoning technology, as they are realizing its incredible potential and its inevitable future, which includes the mass adoption of blockchain technology.

This post is part of CoinDesk’s 2020 Year in Review – a collection of op-eds, essays and interviews about the year in crypto and beyond. Albert Isola, MP, is Gibraltar’s Minister for Digital and Financial Services.

But this year, have regulators done enough?

For the first time, this year saw major regulatory proposals from international institutions such as the European Commission with the publication of its regulatory proposals on Markets in Crypto-assets (MiCA). The importance of this cannot be overstated. The willingness of this 27-member state legislative coalition to publish these extensive legislative proposals highlights the degree to which it is now taking blockchain and crypto assets seriously.

Gone are the days of paying lip service to DLT regulation and sitting on the sidelines – regulators have finally realized that the game has already begun. If they want to keep up, they had best start playing.

The MiCA proposals ensure the European Union’s financial sector maintains a high level of competitiveness, allowing access to and encouraging innovation in the blockchain and crypto-asset industries.

Signaling an embrace of DLT will undoubtedly have a positive impact on institutional adoption. Especially as the lack of regulation in the field to date has hampered the appetite of institutions to become involved in the industry. The indication of a desire to regulate can only be taken as a massive positive among those already involved.

In Gibraltar this year we had the pleasure of joining with the International Association for Trusted Blockchain Applications (INATBA), a group of international blockchain industry players; became an observing member of the Global Blockchain Business Council (GBBC), the leading industry association for the blockchain technology industry; and, more recently, we joined the British Chamber of Commerce for the EU and Belgium.

Gone are the days of paying lip service to DLT regulation and sitting on the sidelines.

All of these efforts, in addition to the updating of our Distributed Ledger Guidance notes to move towards alignment with Financial Action Task Force (FATF) VASP rules, are in furtherance of our open stance to distributed ledger technology, and our efforts to ensure the space is regulated while innovation is encouraged and that the consumer is protected.

Outside of the EU, positive regulatory inroads have been made in a number of different regions. In September, Switzerland unveiled its financial and corporate law amendments, which duly recognize and facilitate regulation of the blockchain and crypto industries. The so-called “Blockchain Act” will welcome the blockchain and cryptocurrency industries into the mainstream, opening the doors of this innovative technology to the Swiss economy.

In the U.S., the Conference of State Bank Supervisors, which is composed of regulators from all 50 states, launched a unified regulatory framework for payment and cryptocurrency companies in September. This framework will be a great help to companies that want to operate in the U.S. or those already operating there to expand across all 50 while significantly lowering the cost of compliance for regulators, which already eats up a staggering amount of expenditure.

The regulatory efforts of the European Commission, Switzerland and the U.S. are major advances that should be lauded by the industry as a whole, although they are not alone. There are dozens of regulatory bodies actively working towards comprehensive DLT regulations from Austria to Japan.

After a number of stagnant years in DLT regulation, regulatory efforts in the space are now becoming almost as popular as cryptocurrencies themselves. The focus with which regulatory bodies are now placing upon the industry is a significant positive development, though these bodies should be encouraged to work with the industry, not against it.

Has 2020 been a step backwards or sideways in terms of DLT regulation? Neither. It has been a major leap forward. However, there is still a long way to go. These regulatory efforts need to be seen through to completion with all stakeholders having a seat at the table, not only to create the regulatory framework that is necessary, but to ensure that the innovation that the space is known for is not hampered but encouraged.