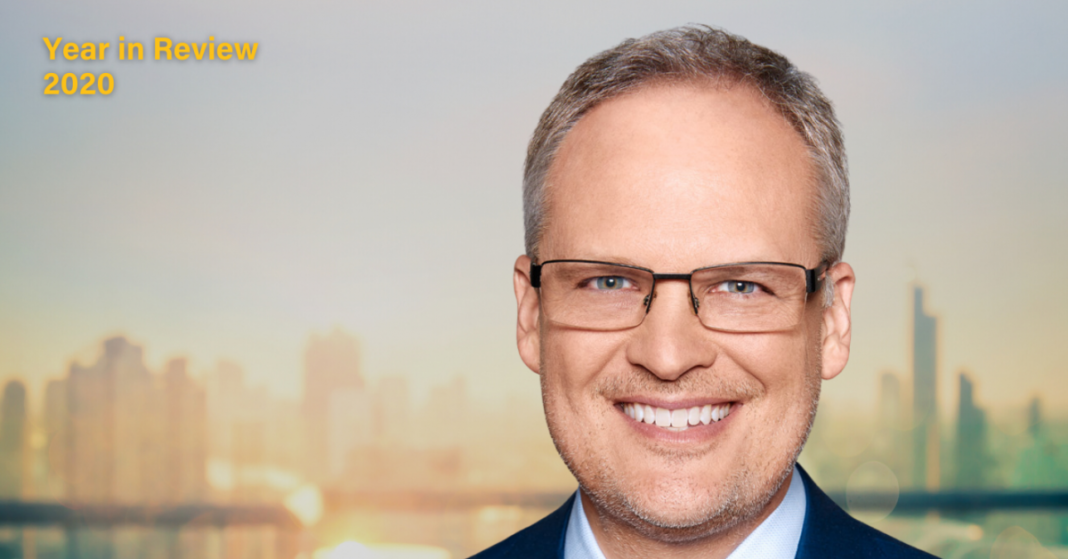 After many years of investment, experimentation and infrastructure improvements, the intersection of three market trends are paving the way for enterprise adoption of public distributed networks: tokenization, decentralized finance (DeFi) and business logic moving to layer 2.

In 2020, it became ever more apparent that these trends, in addition to hard lessons learned from attempted deployments of private networks, have caused enterprises to be open to the use of distributed ledger technology (DLT) in ways they simply were not in 2017.

This post is part of CoinDesk’s 2020 Year in Review – a collection of op-eds, essays and interviews about the year in crypto and beyond. Mance Harmon is CEO and co-founder of Hedera Hashgraph.

In 2017, tokens were used almost exclusively as a way to raise capital for startups. The value proposition of tokenization was only beginning to be understood, with very little appreciation for the full range of use cases and types of tokens that could be created.

Fast forward to 2020, and groups like the Interwork Alliance have created frameworks for understanding the definition and scope of the token concept, including use cases, taxonomy and terminology. Early use cases of DLT focused on its ability to synchronize a ledger across multiple parties, ensuring that all parties get the same information at the same time, and that each network participant has confidence all parties receive exactly the same information.

Creating a token that represents the item being produced makes it possible to not only record the same information used for track and trace, but also enables the buying and selling of the same widget by moving the token between accounts. Digital tokens are designed for economic activity, and this trend is accelerating. Soon products and services throughout the world economy will be tokenized.

One example of this is Coca-Cola’s supply chain, which is being optimized in part by its largest technology provider to the 70 franchised bottling companies in North America – Coke One North America (CONA). In 2019, CONA used Hyperledger Fabric, in combination with SAP’s blockchain-as-a-service for node hosting, to streamline the relationships among the 12 largest bottling companies.

In 2020, CONA went one step further in accelerating the company’s use of blockchain across its supply chain, by deciding to integrate their Hyperledger Fabric solution with the Baseline Protocol. (A primary objective of the Baseline protocol is to enable combined DeFi and asset tokenization use cases.) The goal of the next phase is to use Baseline to establish a “Coca Cola Bottling Harbor” that enables internal bottlers and external raw-material suppliers to easily join the network.

The rise of DeFi in 2020 has laid the groundwork for enterprises to embed componentized financing directly into their business processes.

While the DeFi bubble of 2020 looks in some ways similar to the initial coin offering craze of 2017, the fundamentals of the DeFi movement will change the face of finance in the future. The combination of tokenization, fiat-backed stablecoins and DeFi protocols will make traditional financing operations faster and less costly.

This could have repercussions across the existing processes for purchase order financing, obtaining loans for working capital, purchasing shipping and product insurance, securing inventory financing and invoice factoring.

Bitcoin first demonstrated the value of decentralization in the form of a token, and Ethereum improved the technology by adding programmability, making it possible for counterparties to govern the terms of their transactions with smart contracts.

Now in 2020, as enterprise adoption of DLT accelerates, there is a strong need for privacy in the smart contract execution – or business logic that can be executed without revealing the data to the world.

In addition to privacy concerns, the scalability and costs associated with public networks caused the DLT market to split in 2015 with the launch of Hyperledger and later with R3 Corda in 2016.

Then, faced with the performance, cost and regulatory hurdles present in the public networks of the time, enterprises chose to create siloed, purpose-specific, private DLT networks instead. In the past five years, the private DLT industry has learned that creating a consortium of independent parties to run the needed DLT network is time consuming, costly and complex.

Over the same period, public networks realized that to achieve scale and reduce costs requires moving the execution of business logic off of layer 1 (the mainnet) onto layer 2 (peripheral networks). Public networks may differ in their architecture design and decisions about where to draw the line between layer 1 and layer 2, making different choices on to what degree smart contracts and file storage should be included where.

Hence, a major industry trend witnessed in 2020 saw enterprise applications moving to execute their business logic in layer 2 networks and simply use layer 1 for consensus and arbitration. This approach combines the benefits of public networks – distributed trust – with the benefits of private networks, namely low cost, scalability, privacy and regulatory compliance.

Now it’s up to enterprise to seize these advancements

In his speech at Davos in 2018, Canadian Prime Minister Justin Trudeau noted, “The pace of change has never been this fast, yet it will never be this slow again.” His words were aptly felt by the blockchain industry in 2020.  What became clear for those working in the DLT space in this pandemic year is the combination of tokenization, DeFi and layer 2 networks that are being built out are rapidly providing the foundations for enterprises to use distributed ledgers in routine business transactions.

Integrating this combination of technologies with existing enterprise systems will drive a significant acceleration in enterprise adoption in the years ahead. These technological advancements in 2020 have laid the groundwork for DLT enterprise adoption. Now it’s time for the captains of industry to steer the ship and capitalize on these breakthroughs.