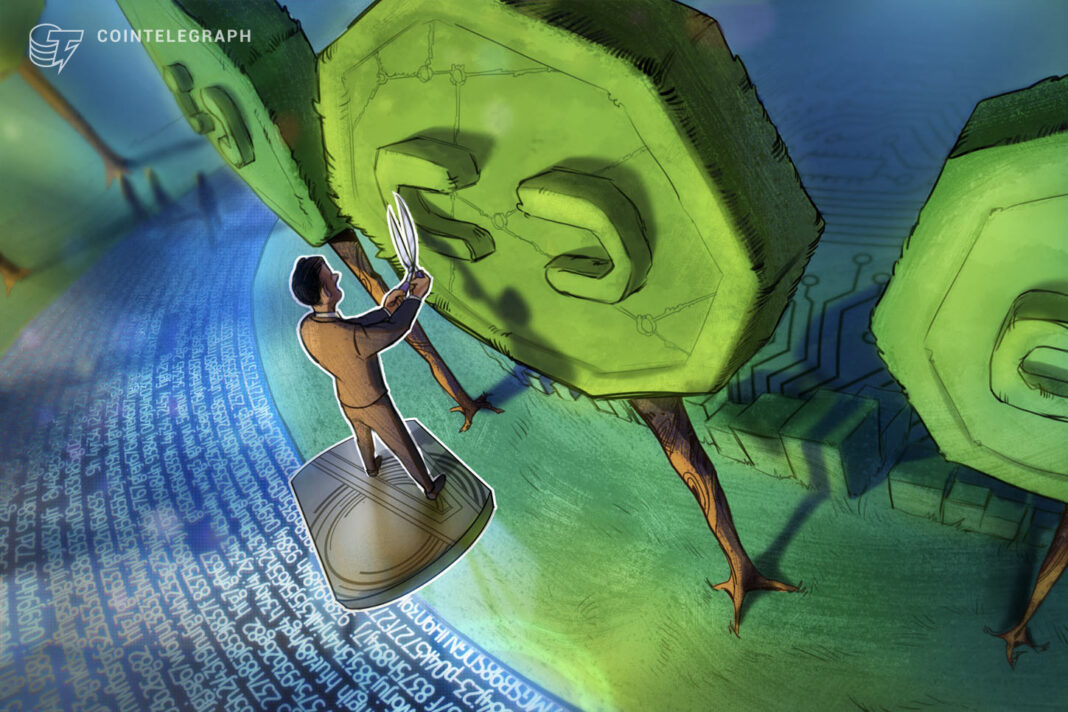 Institutional investors usually look for liquid assets to buy as they trade in large quantities. Due to this limitation, they tend to stick to Bitcoin (BTC) or a few major altcoins with large market caps. However, retail traders do not have that constraint and this gives them the freedom to choose smaller-cap projects that are backed by strong fundamentals.

While the major altcoins are currently either range-bound or witnessing a correction, a few tokens outside the top-20 by market capitalization have rewarded investors in the past few days. Let’s look at their fundamentals and charts in order to determine if there are any lucrative investing opportunities.

In the past few weeks, the network announced upgrades to enhance its key features. The beta version of Theta Edgecast, a fully decentralized video streaming DApp, was launched recently. The platform is able to “capture video, transcode it in real-time, cache and relay to users globally” using Theta’s peer-to-peer-edge network.

The protocol also upgraded its mainnet on Dec. 11, which now hosts smart contract capabilities. Another change introduced was the reduction of the Guardian Node staking threshold from 10,000 THETA to 1,000 THETA.

Other than these developments, the blockchain also plans to launch the next-generation Theta Mainnet 3.0 in spring 2021 that is expected to introduce several new features. While fundamental developments are encouraging, investors will be more curious to see how the price has reacted to them.

The break above the $1 psychological resistance has pushed the relative strength index (RSI) into the overbought territory. The long wick on today’s candlestick shows profit-booking at higher levels.

This suggests that the THETA/USD pair could enter a correction or a consolidation in the next few days. However, if the bulls do not give up much ground, the uptrend could resume with the next target at $1.40.

Conversely, if the correction deepens, the critical level to watch on the downside is $0.80. If the price rebounds off this support or the 20-day exponential moving average ($0.80), it will suggest that the bulls are buying on dips. This could increase the possibility of the continuation of the uptrend.

A drop below the $0.80 support would suggest the formation of a short-term top.

The Graph Network (GRT) has been in the news recently after major crypto exchanges added support to it.

Along with this, the indexing protocol launched its mainnet on Dec. 17, which will allow developers to search, find, publish and use the public data to build decentralized applications.

The Graph uses an open network of Application Programming Interfaces, or APIs, called subgraphs to increase accessibility to decentralized applications. There are over 3,800 subgraphs deployed and several popular projects in the DeFi space have been using it.

Let’s see whether the technicals of GRT point to a sustained uptrend or will the move fizzle out after the initial listing enthusiasm.

After the sharp rally, the GRT/USD pair witnessed profit-booking that pulled the price down to the 61.8% Fibonacci retracement level at $0.4482. The bears tried to sink the pair below $0.4482 but could not sustain the lower levels.

This suggests that bulls are accumulating close to $0.4482. The buyers are currently attempting to resume the uptrend but they may face resistance at $0.6063 and then at $0.6545.

If both these levels are crossed, a retest of the high at $0.7858 will be on the cards. A breakout of this level could resume the uptrend with the next target at $0.9944.

Contrary to this assumption, if the price turns down from the current levels or the overhead resistance, the pair may remain range-bound for a few days. The trend may turn in favor of the bears if the price dips and sustains below the $0.4482 support.

Any lending and borrowing platform can only be successful over the long term if it gains the trust of the people. With a goal to build confidence in its previous announcements, Celsius Network (CEL), a cryptocurrency lending and interest providing platform underwent an audit by Chainalysis, which confirmed assets of just over $3.3 billion. Has this move to build trust also been reflected in the performance of the token? Let’s find out.

The CEL/USD pair has been struggling to climb above the $3 level for the past two days but the positive thing is that the bulls have not allowed the price to dip below the 20-day EMA ($2.56).

The pair has not corrected to the 50-day simple moving average ($2.24) since the uptrend started in early September. This suggests that the sentiment is to buy the dips to the 20-day EMA.

If the bulls push and sustain the price above $3, the next leg of the up-move could start that may reach $3.50 and then $4. Both moving averages are sloping up and the RSI is close to the overbought territory, which suggests the bulls are in control.

This positive view will be invalidated if the price breaks below the 50-day SMA. Such a move could signal a possible change in trend.

The views and opinions expressed here are solely those of the author and do not necessarily reflect the views of Cointelegraph. Every investment and trading move involves risk, you should conduct your own research when making a decision.

Bitcoin is at a ‘tipping point’ in international trade, Citi says