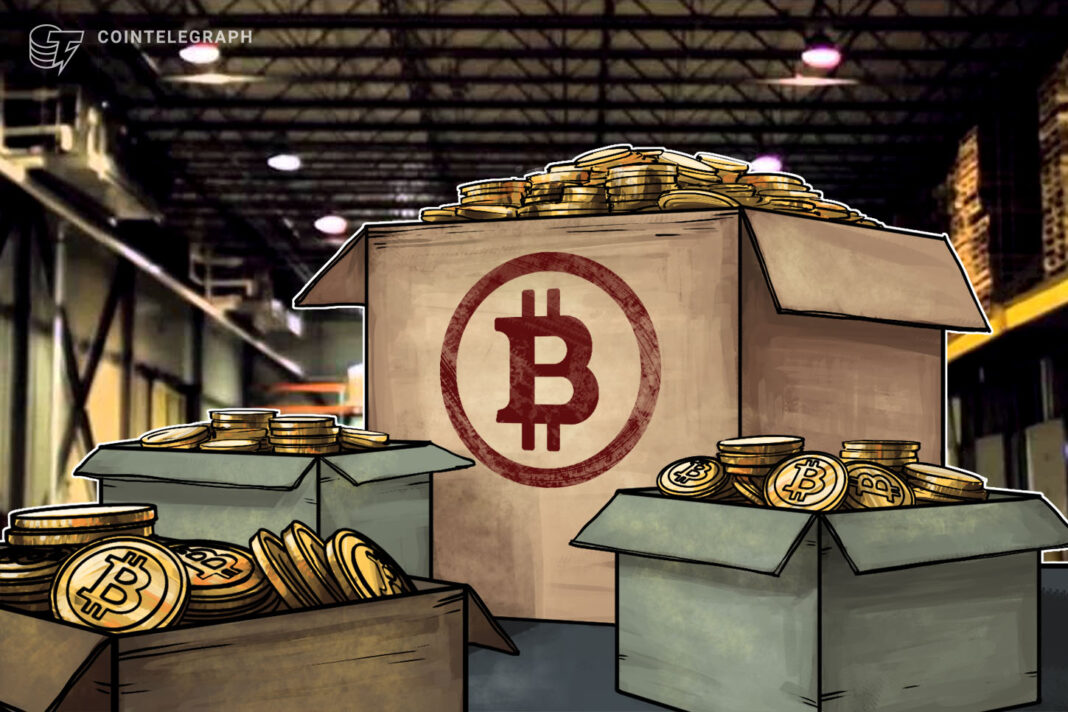 Bitcoin influencer Pierre Rochard has called on lawmakers to prevent more than $1.6 billion worth of seized Bitcoin from being auctioned, proposing instead that confiscated coins be put into a strategic BTC reserve.

Rochard, a Bitcoin maximalist behind the recent controversy over ETH’s total supply, wants legislators to draft and pass a bill containing amendments to the Judiciary Act of 1789 that would allow the U.S. Marshals Service to hold onto any Bitcoin it received.

In a blog post published on Dec. 16, Rochard warned against the auctioning of 69,370 Bitcoin seized by the IRS in November from an alleged Silk Road hacker, noting that the U.S. Attorney’s Office has filed a civil complaint for forfeiture of the BTC.

Speaking to Cointelegraph, Rochard emphasized the “urgent” need to update the legislation, asserting he expects the U.S. Marshals Service to win its forfeiture case and auction off the Bitcoin “within the next six months.”

“We need to get this law passed very quickly so that we can stop the auction,” he said.

In his blog, Rochard emphasizes that the past auctions of more than 144,000 Bitcoins in 2014 and 2015 generated only $122 million, while those same crypto assets would today fetch more than $3.32 billion.

“The expeditious auctioning off of seized Bitcoin was, in my view and with the benefit of hindsight, a mistake.”

While the coins seized in November are worth $1.6 billion today, Rochard suggests the United States will reap more value by holding onto the Bitcoin for the longer term, urging lawmakers to allow “Congress time to deliberate on the disposition of this unique asset.”

“The Federal Reserve can create an infinite quantity of US dollars, the proceeds received in the auction. Bitcoins can not be created out of thin air and there is a limited quantity of them […] A large strategic reserve of Bitcoin may be crucial for our national security.”

Rochard told Cointelegraph Bitcoin will soon play a “crucial” role in the treasury of national governments, predicting that “we will see governments develop large sovereign wealth funds of Bitcoin over the coming decade.”

“If the U.S. wants to maintain its leadership, both financially and also in science and technology, then we should develop a Bitcoin reserve fund at the federal level,” he said, adding:

“In the first instance, get the seized coins into it, but then as we move forward, we’re going to want to add to that reserve as well.”