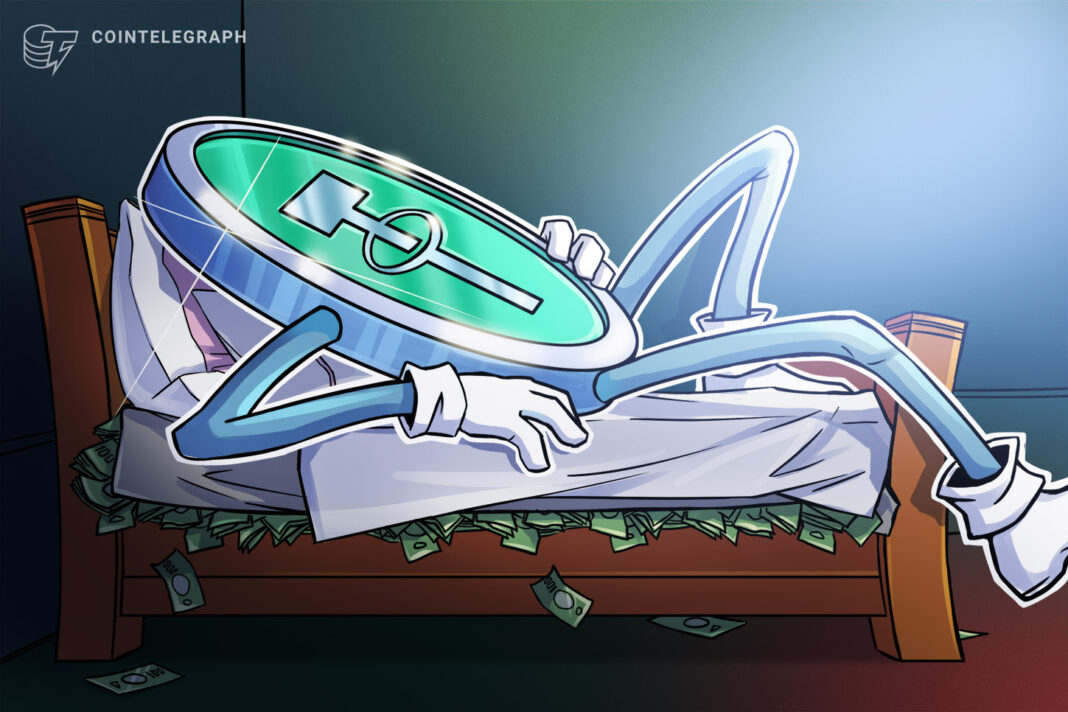 Tether (USDT), the largest cryptocurrency stablecoin, has passed a $20 billion market cap for the first time.

According to data confirmed by the company on Dec. 18, Tether is now a $20 billion asset and the fourth-largest cryptocurrency by market cap.

“Tether has just surpassed a $20B market capitalization!” an official Twitter update reads.

“This fantastic milestone is another confirmation for Tether maintaining its number one spot as the most liquid, stable and trusted currency!”

Tether’s market cap has been increasing at an almost record pace throughout the past quarter, passing $10 billion just three months ago.

Regular minting of new tokens has proven controversial in the past, as some researchers claim that it artificially boosts Bitcoin (BTC) price growth instead of merely providing liquidity incentives. Ongoing legal problems for iFinex, owner of both Tether and exchange Bitfinex, have added to suspicions.

Nonetheless, appetite for Tether as the go-to entry and exit point for other cryptocurrencies and DeFi tokens has only accelerated this year, making USDT far and away the stablecoin asset of choice.